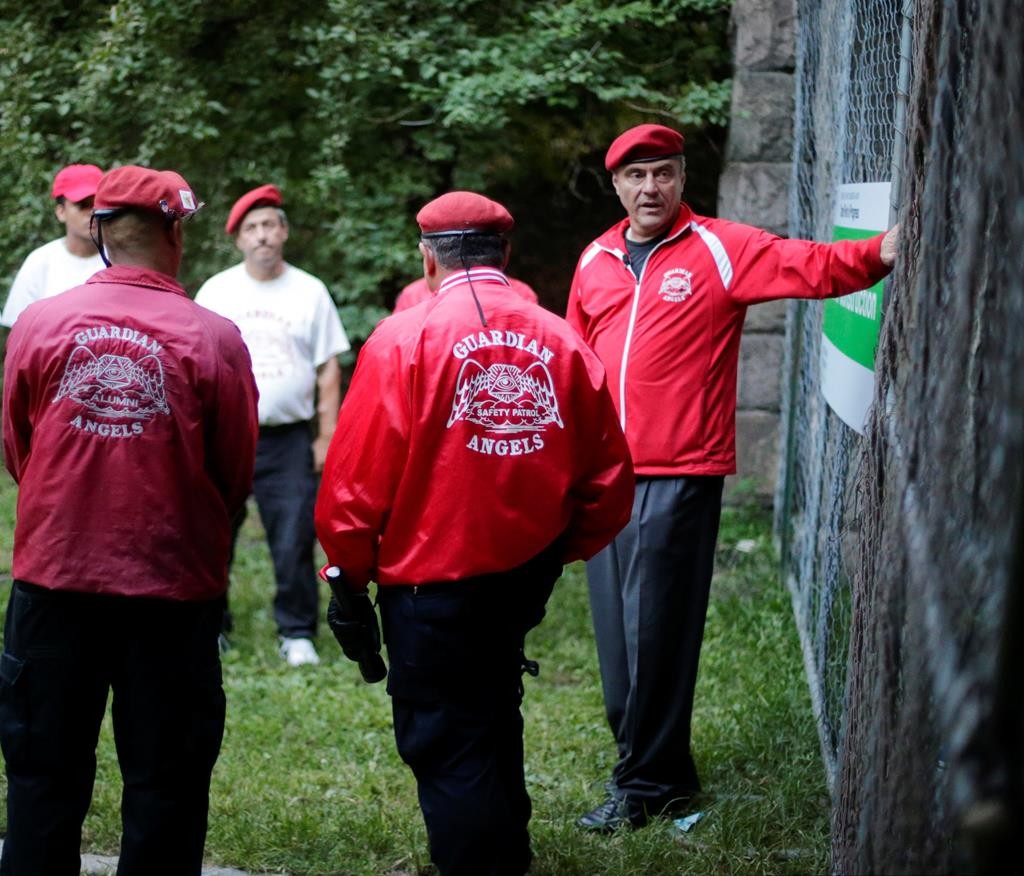 The squad in stop-sign-red jackets and berets strode through Central Park, on guard for signs of crime.

It was a familiar sight a generation ago, when New York was plagued by lawlessness that police have worked for years to dispel. Yet Guardian Angels volunteers made a pointed return this month to Central Park for the first time in over two decades, citing a 26 percent rise in crime there.

“We realize things are much better than they were” in the crime peak of the 1980s, founder Curtis Sliwa says, but “we want it to stay that way.”

City officials stress that crime is down citywide, and the park is far safer than it once was. Still, the renewed patrols by the Guardian Angels are bright-red signals of unease about whether New York, touted for years as the nation’s safest big city, is slipping.

Sliwa and eight other Guardian Angels, ranging from graying long timers to a 20-year-old, trooped along roadways, paths and rocky, dark trails for hours one night this week, shining flashlights into thickets, asking people whether they’d had any trouble and eyeballing a quartet of teenagers who quickly took off on bicycles.

“I didn’t even know they were still in business,” Harlem resident Christine Adebiyi said, but “it’s great to see them here.”

To some extent, the Central Park patrols signal that those “unhappy with the direction that [the mayor] wants to take the city are starting to mobilize,” said Queens College political science professor Michael Krasner.

In New York, Guardian Angels still patrol parts of Brooklyn and the Bronx regularly. But shortly after Rudy Giuliani’s mayoralty began in 1994, they felt policing had intensified enough that they weren’t needed to fight crime in Central Park, Sliwa says.

“It got better,” until recently, he says. “That’s why you need to nip it in the bud now.”