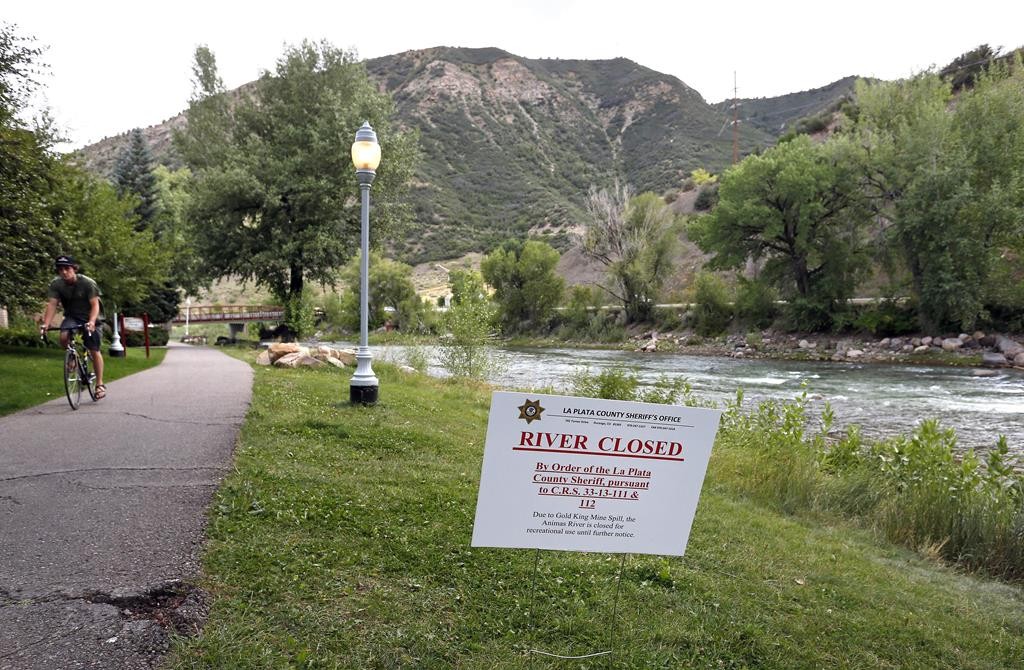 The test results show water samples taken from the Animas River near Silverton, Colorado, in the hours after the spill contained lead levels more than 200 times the acute exposure limit for aquatic life and more than 3,500 times the limit for human ingestion.

The agency stressed that contamination levels peaked after the spill but have since fallen as the pollution moved downstream and the toxic metals settled to the bottom.

EPA and contract workers accidentally unleashed 3 million gallons of contaminated wastewater on Aug. 5 as they inspected the idled Gold King Mine.

Meanwhile, the president of the Navajo Nation is advising tribal members not to submit claims for federal reimbursement for the mine spill.

President Russell Begaye says doing so means Navajos waive any future claim for injuries. Tribal ranchers have had to move their livestock away from the polluted San Juan River, and farmers worry their crops will suffer. Begaye says Navajo elders also might not know what they’re signing.

The U.S. Environmental Protection Agency has taken responsibility for its crew accidentally unleashing 3 million gallons of wastewater last week that flowed downstream to New Mexico and Utah. The agency says the form must be submitted within two years of the discovery of the claim.

Begaye says the EPA has distributed claim forms at public hearings across the Navajo Reservation and urged tribal members to sign them.