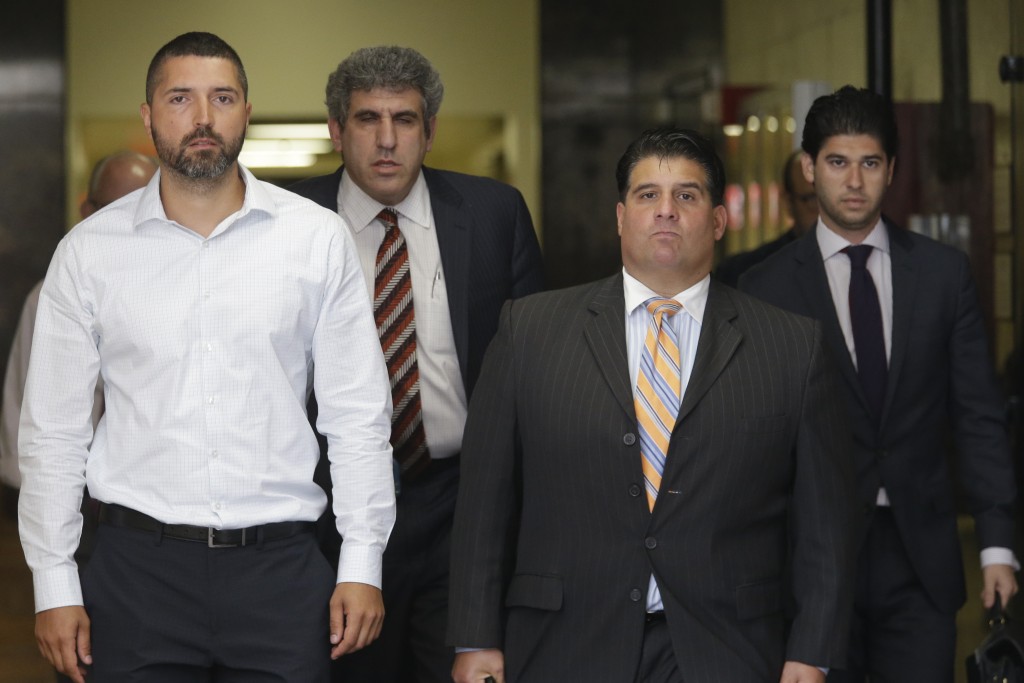 A former undercover police detective convicted for his role in the caught-on-camera assault of an SUV driver by a pack of motorcyclists on a highway was sentenced on Wednesday to two years in jail.

Wojciech Braszczok, who was fired earlier this year upon his conviction, had acted like a gang member by chasing Alexian Lien and cornering him after he ran over one of the motorcyclists, paralyzing him, state Supreme Court Justice Maxwell Wiley said.

“Just as much as anybody, Mr. Braszczok terrorized these people,” the judge said.

Video footage of the 2013 pursuit and assault showed the bikers surrounding Lien’s SUV on a Manhattan exit ramp and shattering its windows before Lien was pulled from it and beaten. Eleven men were indicted.

Braszczok, 34, served as a police officer for 13 years. He did not participate in Lien’s beating but broke the SUV’s taillight window. He then fled without attempting to stop the assault.

Braszczok was briefly handcuffed Wednesday but was released on bail to get his affairs in order.