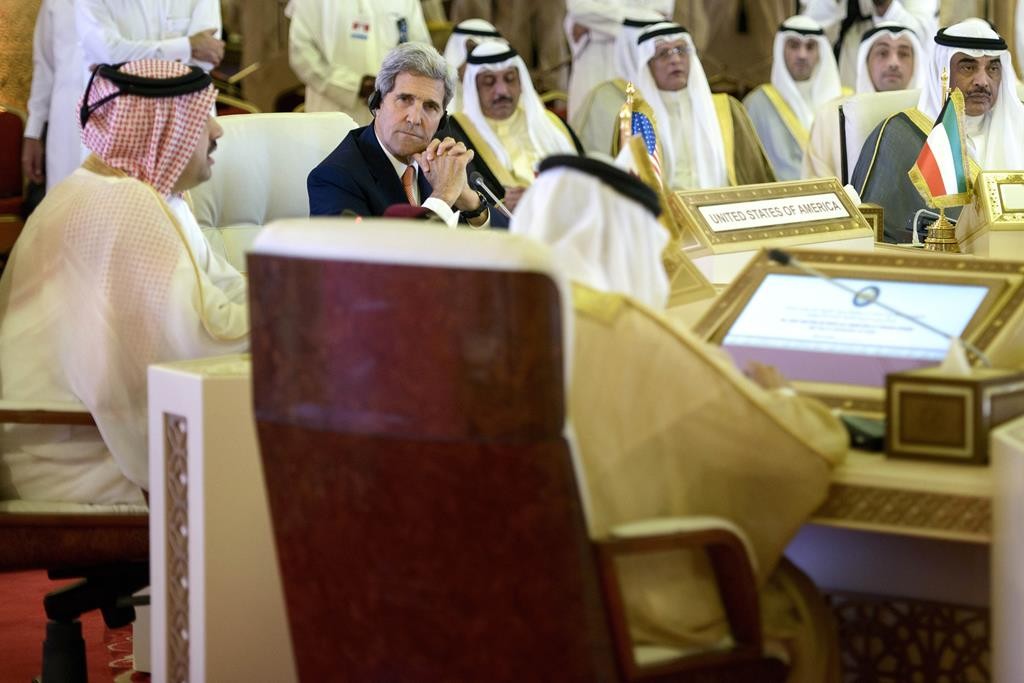 Gulf Arab states on Monday welcomed the nuclear deal negotiated between Iran and world powers but said they would like further assurances that the U.S. would help them counter increasing Iranian assertiveness in the region.

Speaking for the six-member Gulf Cooperation Council, Qatar’s top diplomat said Monday that the bloc had been impressed by Secretary of State John Kerry’s presentation of the agreement and explanations of how it will be verified and enforced.

“Consequently, the GCC countries have welcomed on this basis what has been displayed and what has been talked about by His Excellency Mr. Kerry,” said Foreign Minister Khalid al-Attiyah, whose nation currently chairs the group.

“He let us know that there is a going to be live oversight over Iran,” al Attiyah said of Kerry’s presentation. “This is reassuring to the region.”

Kerry had come to Doha seeking to ease such fears and said the United States would continue to expand security cooperation with the Gulf states to counter any destabilizing activities from Iran or others.

“Once fully implemented, the [Iran deal] contributes to the region’s long-term security, including by preventing Iran from developing a military nuclear capability,” Kerry said, reading from a joint U.S.-GCC statement to be issued later.

During his visit to the Qatari capital, Kerry met separately with Russian Foreign Minister Sergey Lavrov and Saudi Foreign Minister Adel al-Jubeir to discuss Syria and other regional issues. The three-way meeting is unusual, because Russia has backed Syrian President Bashar Assad, while Saudi Arabia and the United States have called for his removal.

Lavrov gave no indication to reporters after the meeting that Moscow was preparing to shift its support for Assad as he called for dialogue between opposition groups and Assad’s government. Although he met during his trip with Mouaz al-Khatib, a former president of the Syrian National Coalition opposition group, he denied the meeting marked a shift in policy.

Lavrov also held talks with Hamas leader Khaled Mashaal, who lives in exile in Qatar. The two leaders have met previously in Russia, in 2007 and 2010.

While Monday’s talks touched on a range of topics including conflicts in Syria, Iraq, Yemen and Libya, Kerry’s main goal during the trip was to follow up on a May meeting that President Barack Obama hosted for Arab leaders at Camp David. At that meeting, Obama promised Bahrain, Kuwait, Oman, Qatar, Saudi Arabia and the United Arab Emirates enhanced security cooperation and expedited defense sales to guard against a potential Iranian threat.

“Today we made progress on what we laid out at Camp David but clearly there is more work to do,” Kerry said.