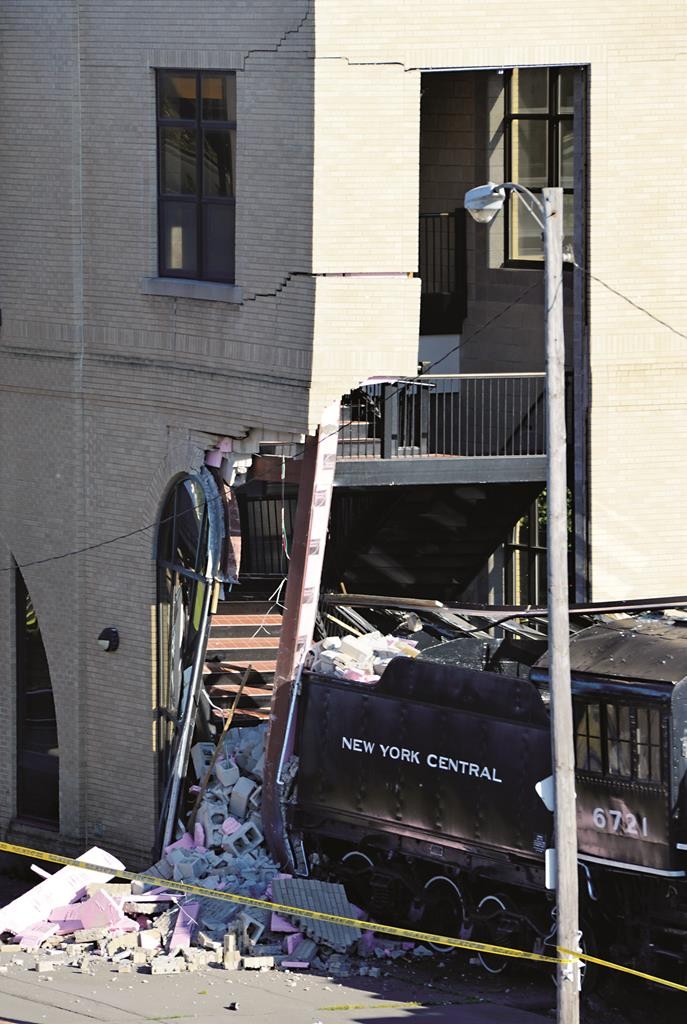 A rail car inexplicably escaped its mooring, rolling more than a mile before hitting a car and bumping an antique steam engine into a train station.

The rail car was parked in Utica when it somehow started rolling at around 5:30 p.m. Tuesday. Officials are looking into if it was tampered with.

Oneida County Executive Anthony Picente said the brake lever was released by someone and it appears this “was not something that just happened on its own.”