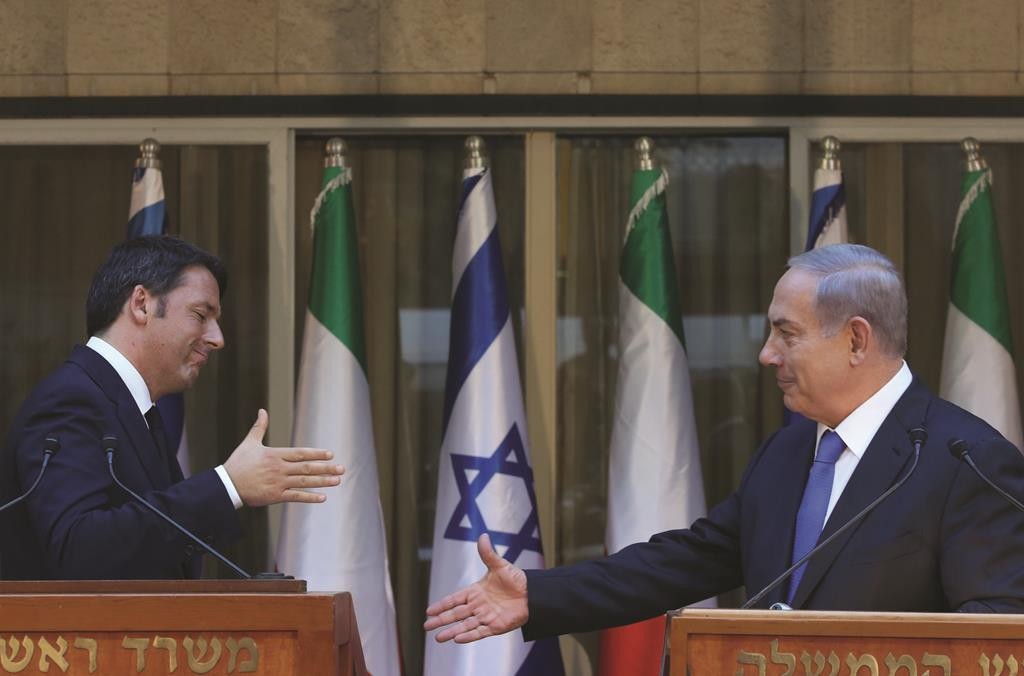 If Matteo Renzi were head of the Palestinian Authority or foreign policy chief of the European Union it might have been a historical breakthrough.

But as prime minister of Italy, his denunciation of the boycott campaign against Israel in the Knesset on Wednesday was, if not of dramatic significance, nevertheless welcome.

Renzi hailed ties between his country and Israel and bluntly rejected any boycott of Israel.

“Whoever thinks to boycott Israel does not understand that he is harming himself and betraying his future. Italy will always stand for cooperation and never for boycotts, which are stupid and futile,” he said.

Regarding the nuclear deal with Iran, Renzi said it “can be a compromise that will help decrease instability in the region.”

“We can argue and may not agree about the compromise on the Iranian matter, but we will never compromise when it comes to the future of Israel. Your security is our security,” he declared.

Prime Minister Binyamin Netanyahu thanked Renzi for his work fighting anti-Semitism and boycotts of Israel. “You are a true friend of Israel, for truth and peace and against boycotts … We have always seen Italy as an important and central ally in the Middle East.