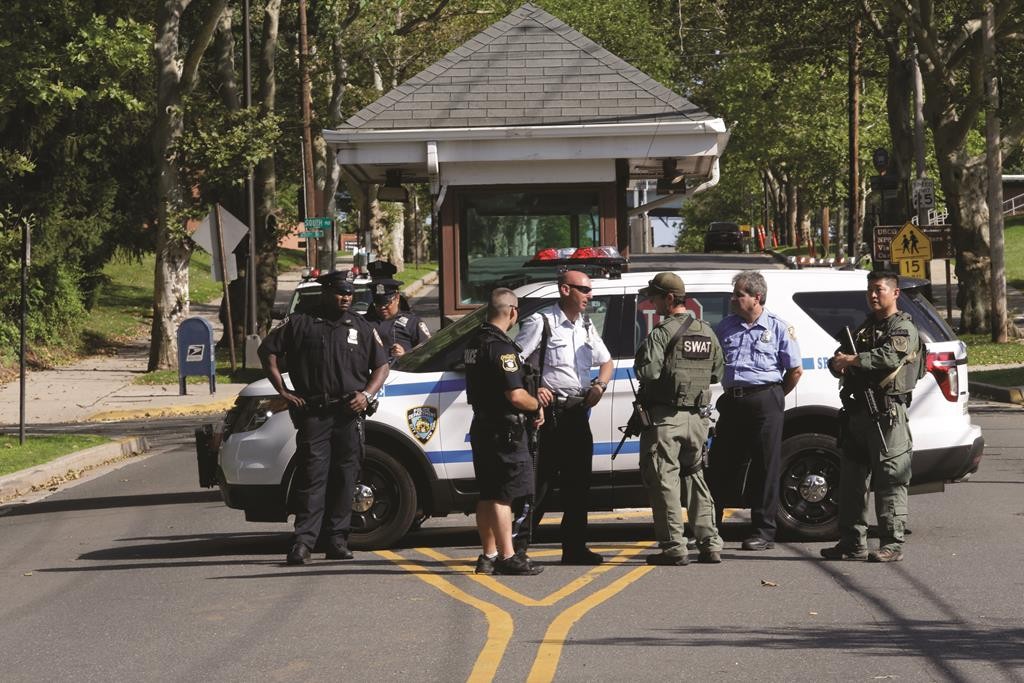 Police were alerted and a Coast Guard station was locked down briefly on Friday after a photo surfaced of people carrying what appeared to be assault rifles near the Verrazano Bridge. But authorities later said there appeared to be no terror threat and the weapons may have been paintball guns.

However, two teens were then arrested and charged in connection with paintball attacks on Orthodox Jews in Staten Island.

Police issued an alert to officers after a retired officer photographed the people and their cars on Friday in a parking lot on Staten Island.

NYPD officers and FBI agents questioned the owner of one of the cars, who told them he was planning to go to shoot the paintball guns with friends on Friday.

Police cars were stationed near the bridge, which connects Staten Island and Brooklyn, on Friday afternoon.