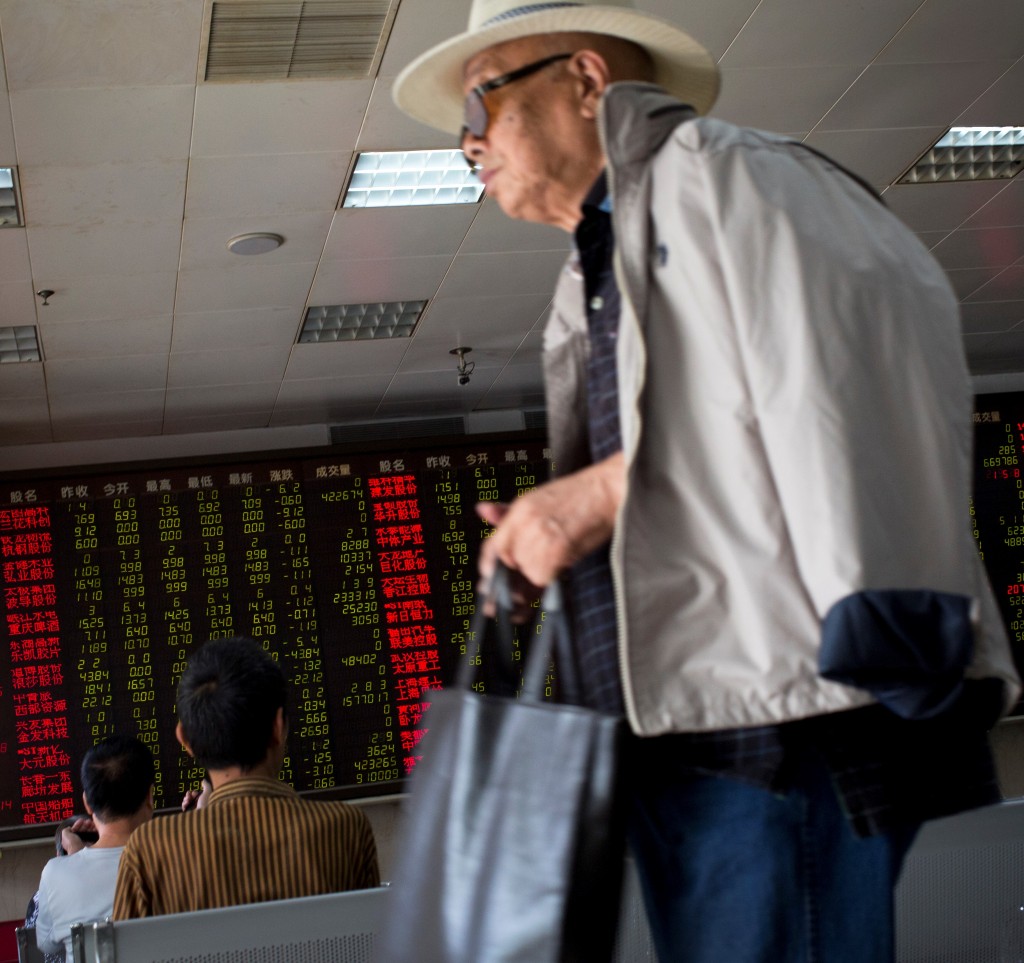 The moves appeared to be aimed at deflecting blame from the ruling Communist Party for trillions of dollars in investor losses as China’s market benchmark plummeted 30 percent over the past month.

They came as drastic official efforts over the past two weeks, including a ban on sales by executives and big shareholders, appeared to at least temporarily stop the decline that wiped out $3.8 trillion in investor wealth.

On Monday, the benchmark Shanghai Composite Index closed up 2.4 percent for its third straight daily gain, but still was 23 percent below its June 12 peak.

Investigators have found “evidence to suspect that individual trading companies are illegally manipulating securities and futures exchanges,” the police ministry said late Sunday. Its one-sentence statement said a criminal investigation was underway but gave no details of which firms were targeted.

On Monday, the securities regulator ordered brokerages to sever ties with unlicensed companies that lend money to finance trading.

The regulator also accused brokerages of improperly allowing customers to trade without giving their real names or to subdivide accounts to allow others to use them to trade.

The stock-market boom began last year after the state press said shares were cheap, which led investors to believe Beijing would intervene to prop up prices if needed. The collapse came after changes in banking regulations made investors suspect Beijing might withdraw its support. Regulators also tightened controls on lending to finance trading.

Novice investors who rushed into the market near the peak have suffered heavy losses, souring sentiment toward stock investment.

The price collapse could frustrate Communist Party plans to encourage the public to buy stocks and to raise money for state companies to pay off debts and become more competitive.

More than 1,000 of the 2,802 companies traded on the mainland’s exchanges in Shanghai and Shenzhen also have suspended trading in their shares following the plunge in prices. That has left small investors locked into shares that some are under pressure to sell to repay loans.

“It remains to be seen how the market holds up once all the artificial impediments to selling are withdrawn,” said Carl B. Weinberg, of High Frequency Economics, in a report.

Official media have blamed the market slide on short-selling, rumors and misconduct, possibly by foreign investors.

On Monday, the securities regulator ordered brokerages to sever ties with unlicensed companies it said were providing loans to finance trading and were given access to customers in violation of regulations.

That was “to the detriment of the legitimate rights and interests of investors, seriously disrupting the stock market order,” the statement said. “As the market has stabilized, these illegal phenomena appear to have momentum to make a comeback that might again jeopardize the smooth operation of the stock market.”