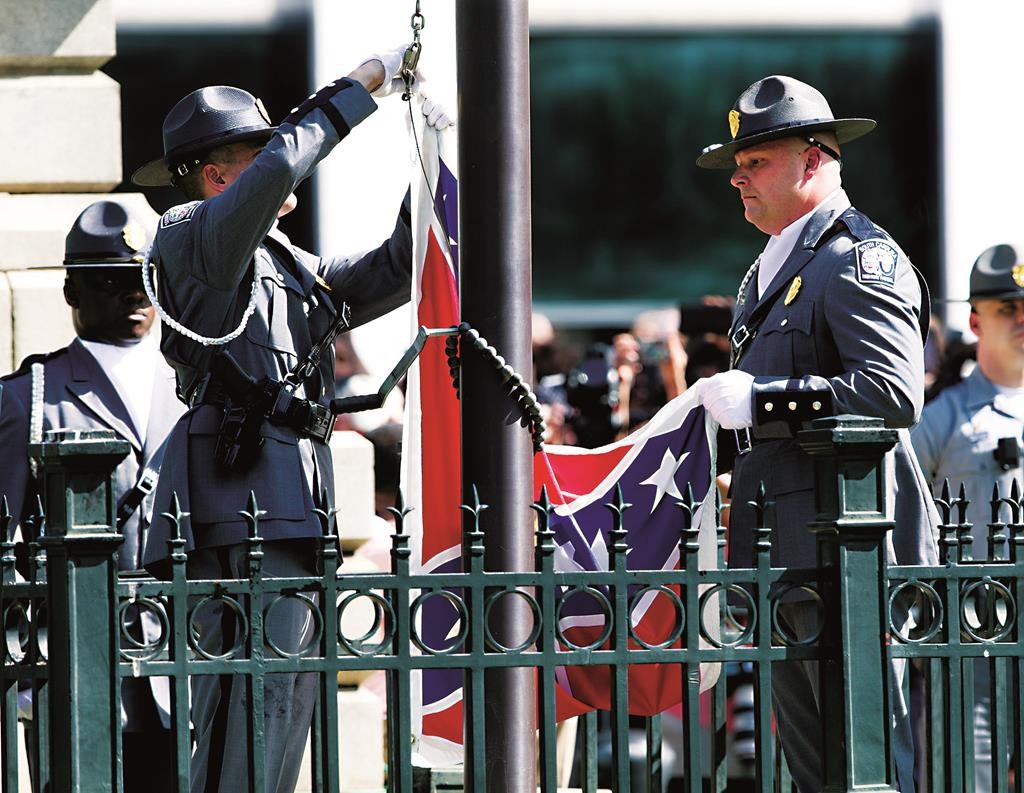 The Confederate battle flag no longer flies at South Carolina’s Statehouse, now relegated to a room filled with other relics of the state’s secession. Other vestiges of the Civil War-era South are unlikely to vanish so soon.

Several states have taken or are considering action to remove the flag and other Confederate symbols and monuments since the massacre of nine people inside a black church; police have charged a man, shown in pictures with the flag, who they say was motivated by hate. It has been banished from Alabama’s Capitol and federal cemeteries, and Memphis officials are working to move the remains and a statue of slave trader and Confederate Gen. Nathan Bedford Forrest out of a prominent park.

Still, the region is full of monuments to key players in the Confederacy and even the Ku Klux Klan. Confederate flags remain a common sight on license plates in the South, and the flag is a part of Mississippi’s own state flag. Georgia’s state flag is based on the national flag of the Confederacy known as the stars and bars.

The response in South Carolina and other states is encouraging after 15 years of no activity but was prompted only by a “massacre,” said Mark Potok, a senior fellow at the Southern Poverty Law Center.

Large numbers of flag supporters, who say it symbolizes Southern heritage, remain. North Carolina sold out of its version of Confederate license plates when Gov. Pat McCrory said the state should stop selling them. Sons of Confederate Veterans groups in states including Georgia and Virginia have pledged to fight to keep them.

Top Republicans in Mississippi, including the House speaker and both U.S. Senators, have pushed to follow South Carolina’s lead, though Gov. Phil Bryant has said he won’t call a special session to consider removing the battle flag from the state flag. He has pointed to a 2001 vote where supporters of the flag outnumbered opponents 2-to-1.

In South Carolina, Gov. Nikki Haley made it a priority for lawmakers to pass legislation to take the flag down, reversing course from her 2014 campaign trail dismissal of Democratic challenger Vincent Sheheen’s call for its removal as a campaign stunt.

On Friday, she told NBC it was crucial to remove a symbol considered an emblem of slavery by many, saying “no one should ever drive by the Statehouse and feel pain.”

Thousands watched an honor guard lower the flag and roll it up to be carried to the nearby Confederate Relic Room and Military Museum, chanting “USA!” and singing “hey, hey, hey, goodbye.” Jubilant supporters of taking the flag down vastly outnumbered those who hoped it would remain.