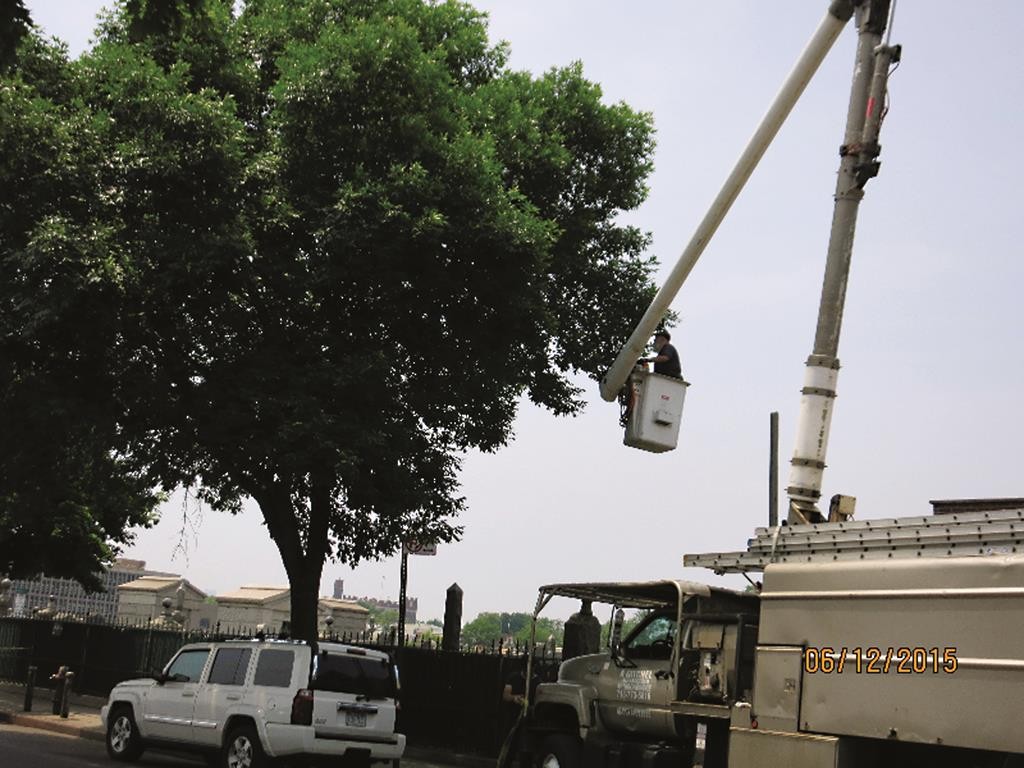 After nearly a year of hard work and combined efforts of Rabbanim, askanim and tree-pruning experts, many areas throughout Brooklyn that are adjacent to cemeteries are now halachically “safe” for Kohanim.

“It has been a big job, but baruch Hashem, we have made a lot of progress,” said a representative of Vaad Mishmeres Kehunah, or VMK, who asked not to be named.

The organization spearheaded these and many other such efforts in spreading public awareness and working to remove halachic pitfalls for Kohanim, who may not pass under “roofs” that cover the burial places of Jews and also overhang adjacent streets, roads and the like. The most common problem involves large trees that grow on the edges of many batei chaim.

Harav Yitzchok Stein, the Faltishaner Dayan, worked with VMK to identify the most problematic areas and seek solutions. The project cost over $4,000, raised mostly in small amounts from concerned Kohanim.

“We thought that most Kohanim knew where the problematic places are, but as we talked to more people, we saw that it is not as well known as it should be,” said the representative. “Even if you do know, while an individual can take another street, there are a lot of places where city and school buses go.”

Following the most recent work, VMK stated the following:

The Washington Cemetery on both 20th Ave. and 21st Ave. between 54th and 57th Streets is now permissible for Kohanim to walk on and to drive along the cemetery.

Friends Field Park on East 4th Street and Ave. L, which is also near the cemetery, is no longer a problem.

The Greenwood Cemetery, which is on McDonald Ave. from 20th Street until Fort Hamilton Parkway northbound (towards Williamsburg), is of no concern. Southbound (towards Boro Park), while the left lane is now okay, it is preferable to avoid the right lane and the parking lane. VMK hopes to work on the entire area soon.

“The biggest problem remains the part of Bay Parkway that is along Washington Cemetery,” said the representative. “It will not be easy and will cost a lot of money, but it’s our next project.”