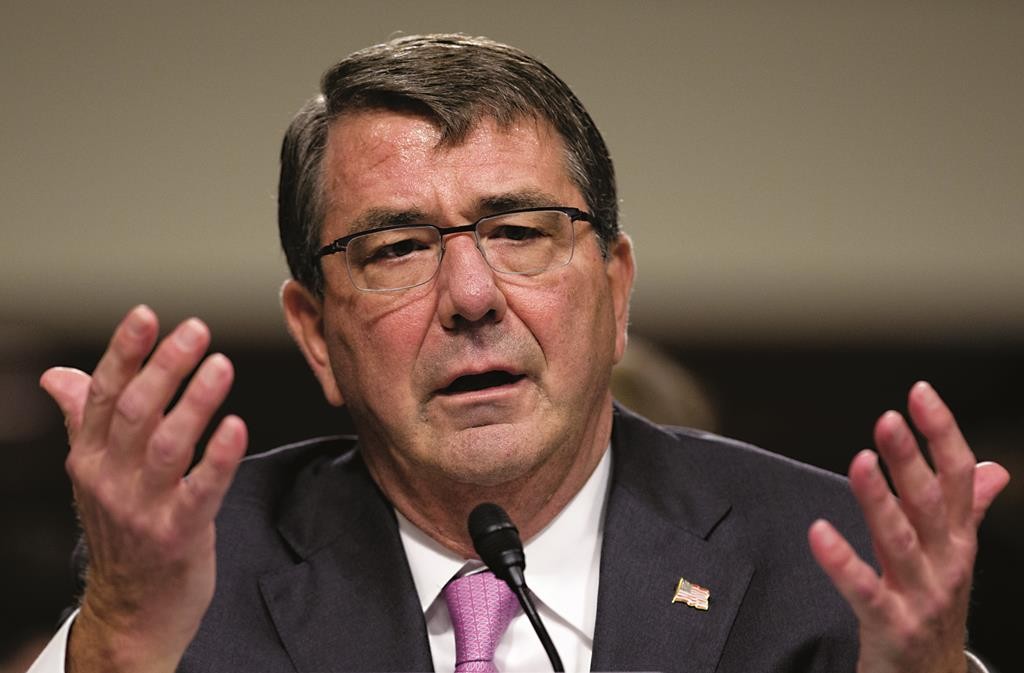 Facing blistering criticism from Republican senators, Defense Secretary Ash Carter acknowledged on Tuesday that the U.S. has only 60 trainees in a program to prepare and arm thousands of moderate Syrian rebels in the fight against Islamic State terrorists.

“That is a small class,” Carter told the Senate Armed Services Committee. “This is the number that got through a very vigorous vetting and selection process that we have. … We expect that number to improve.”

“I got to tell you that after four years, Mr. Secretary, that is not an impressive number,” McCain said in one of several testy exchanges with Carter and Gen. Martin Dempsey, chairman of the Joint Chiefs of Staff.

So far, Congress has approved $500 million to train Free Syria Army fighters. The Associated Press reported last month that the number of trainees involved in the program at bases in Jordan and Turkey had dropped below 100, with dozens of recruits fleeing the program.

At the hearing, Carter agreed that 60 was not a significant number but said there were 7,000 prospective recruits in the pipeline. The U.S. goal is to train and equip 5,400 rebels a year for three years.

At the Pentagon on Monday, President Barack Obama conceded difficulties in fighting “opportunistic” and “nimble” IS fighters, but he defended progress that had been made in combating the terrorists in Iraq and Syria.

However, McCain, who lost to Obama in the 2008 presidential election, argued that there is no compelling reason to think that anything the U.S. is doing will achieve the president’s goal of degrading and ultimately destroying IS. He accused the president of engaging in a “disturbing degree of self-delusion” when it comes to battling IS.

“We have conducted thousands of airstrikes, taken out many ISIL fighters and much equipment and pushed it out of some territory,” McCain said, using another acronym for the Islamic State group. “None of the so-called progress that the president cited suggests that we are on a path to success.”

The Iraqi military, which was equipped and trained by the United States, has struggled to recover from its collapse a year ago when IS terrorists captured the country’s second-largest city, Mosul, and swept over much of northern and western Iraq. Iraqi commanders fled, pleas for more ammunition went unanswered, and in some cases soldiers stripped off their uniforms and ran.

McCain said that since U.S. and coalition airstrikes began last year, IS has seized control of Ramadi, the capital of Anbar province in western Iraq, and other key terrain in Iraq, and holds more than half the territory in Syria.

“Our means and our current level of effort are not aligned with our ends,” he said. “That suggests we are not winning, and when you’re not winning in war, you are losing.”

Carter acknowledged that more needs to be done to strengthen the mission to train local forces to combat IS. “The strategy is the right one, but its execution can and will be strengthened, especially on the ground,” Carter said.