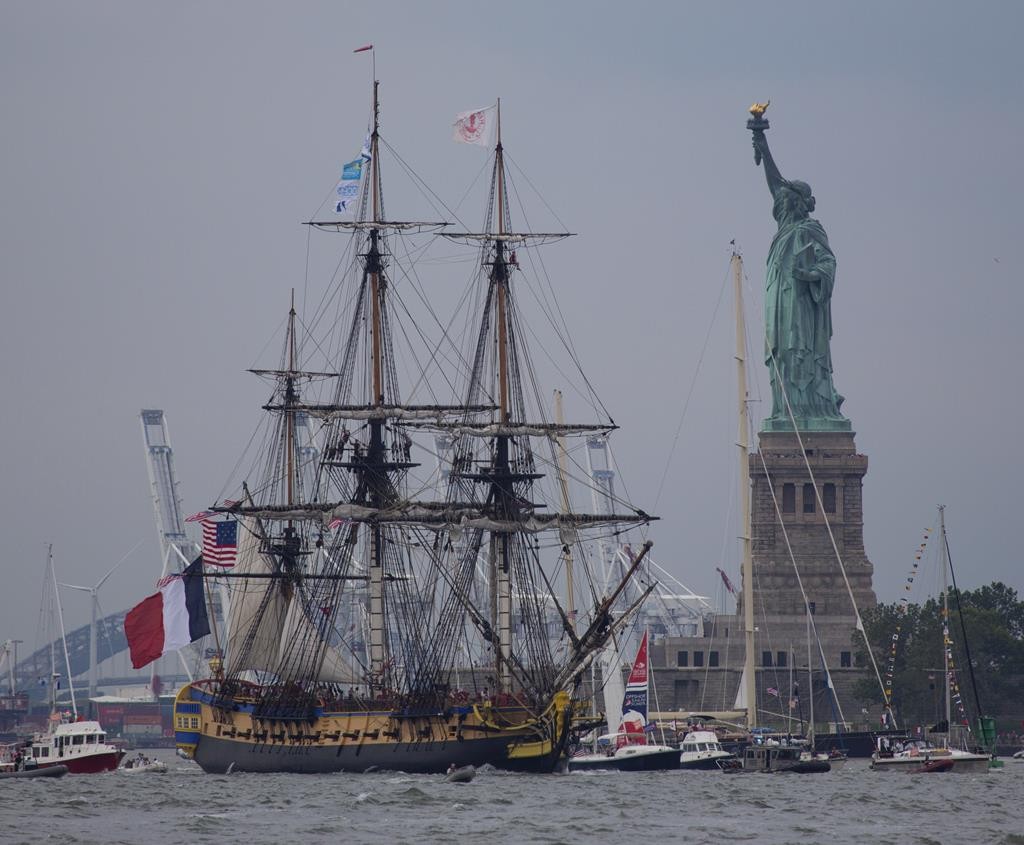 Seems like the Marquis de Lafayette is almost as popular now as he was in 1780.

Hundreds of fans endured a 90-minute wait Friday to tour a replica of his ship, the Hermione, at the South Street Seaport in Manhattan.

Lafayette arrived in Boston in 1780 aboard the original Hermione, bringing news to George Washington that France was sending soldiers and ships to support America in the War of Independence against Great Britain.

The replica joins a parade of ships on July 4 past the Statue of Liberty, then heads to other ports. The ship, built in France, took more than a month to sail across the Atlantic.