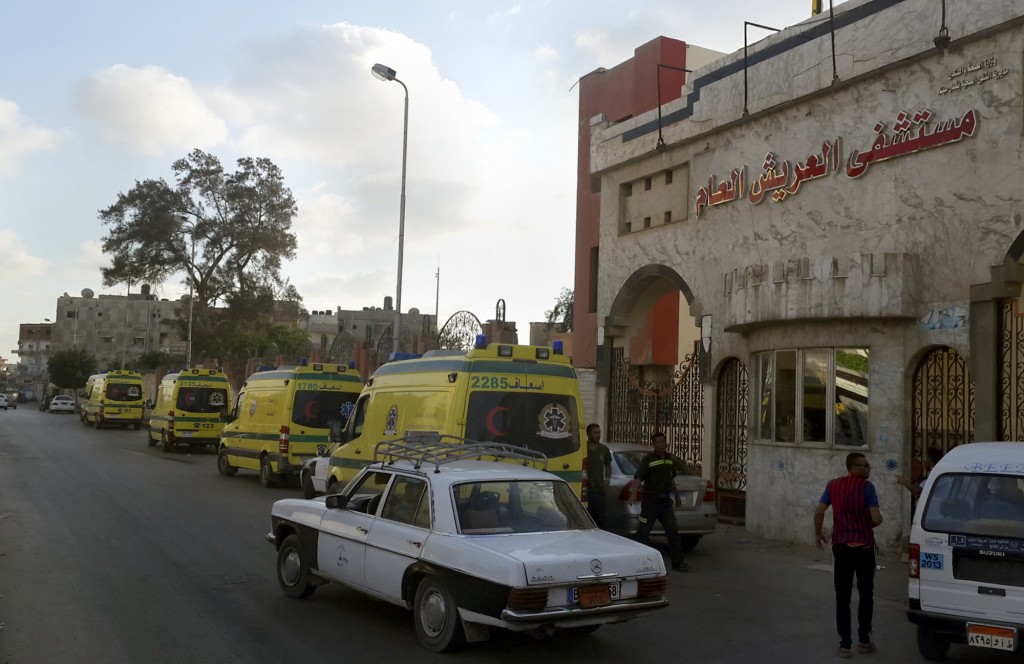 Egypt’s army said on Wednesday more than 100 attackers and 17 soldiers were killed in simultaneous attacks on military checkpoints in North Sinai, in the most sustained fighting of its kind in years in the restive province.

After a day of fighting, which involved F-16 jets and Apache helicopters, the army said it would not stop its operations until it had cleared the area of all “terrorist concentrations”. The Islamic State’s Egyptian affiliate, Sinai Province, had claimed responsibility, saying it attacked more than 15 security sites and carried out three suicide bombings.

The terrorists’ assault, a significant escalation in violence in the peninsula that lies between Israel, the Gaza Strip and the Suez Canal, was the second high-profile attack in Egypt this week. On Monday, a bomb killed the prosecutor-general in Cairo.

Security sources said the attackers had planned to lay siege to the town of Sheikh Zuweid. “But we have dealt with them and broken the siege,” one of the sources said.

Islamic State had urged its followers to escalate attacks during the Islamic holy month of Ramadan which started in mid-June, though it did not specify Egypt as a target. In April, the army extended by three months a state of emergency imposed in parts of Sinai.

Besides bombardments in the region, the army has destroyed tunnels into the Palestinian-ruled Gaza Strip and created a security buffer zone in northern Sinai. It is also digging a trench along the border with Gaza to deter smuggling.

“This incident is a game-changer,” an official told Reuters on condition of anonymity.