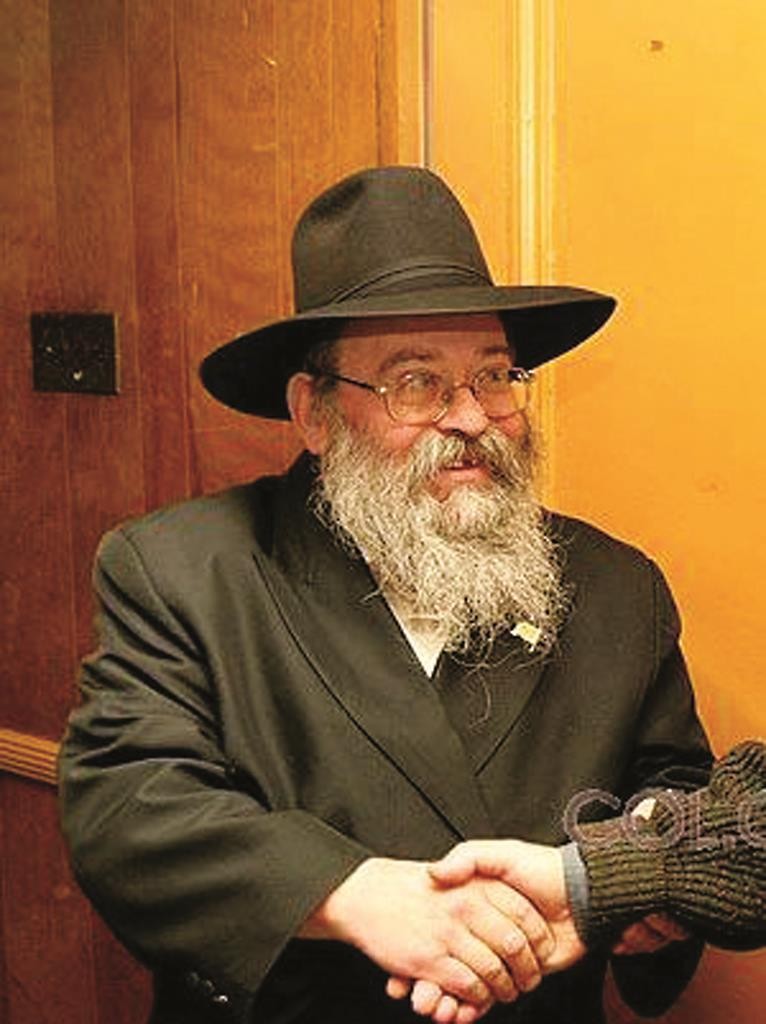 Rabbi Yekutiel Rapp, z”l, a long-time educator, beloved and respected mashpia, and one of the most spirited activists for the safety and security of Israel, was killed in a fatal car accident on Monday, 12 Tammuz 5775. He was 66.

He was standing with his wife on Empire Boulevard, near his home on Balfour Place in Crown Heights, when a livery cab driver drove into him. He was rushed to Kings County Hospital Center in East Flatbush but could not be saved.

Rabbi Rapp was born on 9 Av 5708 (1948) to Shraga and Tzippora Rapp in the religious moshav Yesodot in central Israel. In his youth he learned in the well-known yeshivah Kol Torah in Yerushalayim.

It was there that he discovered Chassidus through the classes in Tanya given by Rabbi Yosef Tzvi Segal, Rosh Kollel of Tzemach Tzedek. Rabbi Rapp then enrolled in the Central Tomchei Tmimim Yeshiva in Kfar Chabad to study under the famed mashpia Rabbi Shlomo Chaim Kesselman, z”l.

Rabbi Rapp came to New York as a bachur, already an ardent Chassid of the Lubavitcher Rebbe, Harav Menachem Mendel Schneerson, zy”a. While still a bachur, he was hired as a Mashgiach at the Central Tomchei Tmimim Yeshiva at 770 by Rosh Yeshivah Rabbi Mordechai Mentlik, z”l, and the director, Rabbi Dovid Raskin, z”l. At the yeshivah, he helped educate and inspire generations of bachurim alongside the current hanhalah, Roshei Yeshivah Rabbi Zalman Labkowski and Rabbi Zushe Winner, Head Mashpia Rabbi Yoel Kahn, Mashpia Rabbi Shlomo Zarchi, and others.

Though he was a beloved and well-respected Mashgiach, what made him famous was his dynamic outreach work to bring Yidden closer to Our Father in Heaven. His main outpost was the JFK International Airport, where he developed a close connection with the team of Israel’s national airline, El Al. His work there was later conducted under the official name “Chabad at JFK.”

His love for Eretz Yisrael and the safety of its people had Rabbi Rapp bring Israeli government officials to Lubavitch World Headquarters at 770 Eastern Parkway and even create an organization to fight Israel’s concessions of land to Arab countries. The Lubavitcher Rebbe’s view was that “surrendering land is a matter of life and death for Jews,” and that giving up even one inch of land was completely assur. The Rebbe said that “even engaging in talks about giving away land endangers millions of Jews’ lives.” Rabbi Rapp made it his life’s work to do everything within his power to bring these words to those who needed to hear them.

As one bachur, Mendel Goldberg, 20, told Hamodia, “I will never forget the way Rabbi Rapp would go up to the bimah every day after Minchah in 770, and announce that everyone should stay a few minutes more to say certain kapitlach Tehillim for shleimus ha’aretz. You could tell that it was critically important to him, as it should be to all of us.”

Rabbi Zushe Winner, Rosh Yeshivah in a branch of 770 known as Chovevei Torah, told Hamodia, “Rabbi Rapp was a person of strong emunah and a talmid chacham. When working to do the things he believed in, nothing was beneath him and nothing was too high or too hard for him. He would hang posters if that is what was needed. He was a real chassidishe Yid.”

Most recently, Rabbi Rapp was working on a book titled Tikvas Menachem that was going to offer unique commentary on the connection between the daily study portion of Rambam and parashas hashavua.

He is survived by, ybl”ch, his wife, Mrs. Fayge Rapp, and children Chaya Mushka Moskowitz, Chanie, Yossi, and Shneur Zalman.

(With reporting from collive.com, and Hamodia staff.)