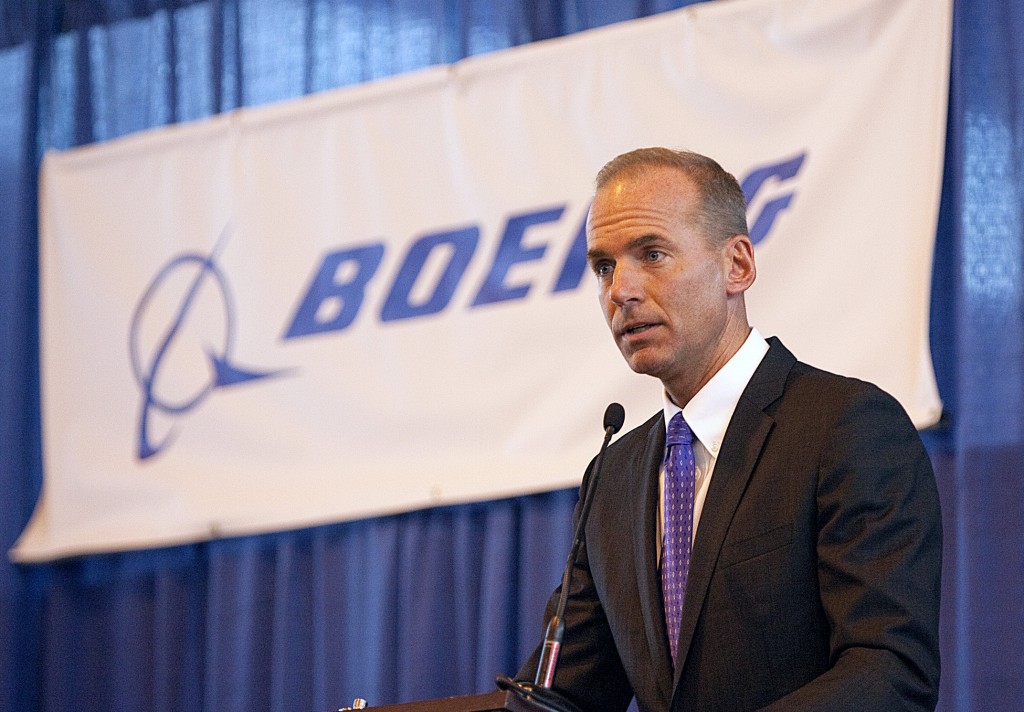 Boeing Co. CEO Jim McNerney is stepping away from the controls after 10 years.

The aircraft maker said Tuesday that President and Chief Operating Officer Dennis Muilenburg will become its new CEO on July 1. To ease the transition, McNerney will keep working at Boeing until the end of February. He is also remaining chairman of the Chicago-based company.

McNerney, who took over Boeing as it was struggling with massive production delays from its 787 Dreamliner program, leaves behind a company with a record book of new jet orders and the fastest production rate in history. In the first quarter of this year, it delivered 184 new jets to airlines around the world, up from 161 during the same period the prior year.

Commercial jets now account for about 70 percent of the company’s revenue; most of the remainder came from its military and space operations. Boeing had $90.76 billion in revenue in 2014.

McNerney, 65, was elected chairman, president and CEO in 2005. He helped Boeing recover from its prior missteps. The 787 carbon-fiber composite jet was made from parts manufactured around the globe then assembled by Boeing. Never before had the company handed over so much control of its production to outsiders, and the budget-saving measure ended up creating headaches, delays and expensive cost overruns.

Under McNerney, Boeing also moved some of its production away from unionized workers in the Seattle area to non-union ones in South Carolina.

Outside the 787, the company has kept to safe bets. Instead of developing new commercial airlines, it has tweaked its existing offerings – stretching fuselages to accommodate more passengers and altering existing airframes to accommodate new, more-fuel-efficient engines.

Muilenburg, 51, has worked at Boeing since 1985 in roles including president and CEO of its Defense, Space and Security business. He was named president and COO of the company in December 2013, and is also co-vice chairman of Boeing.

Boeing Co. said Raymond Conner will be its sole vice chairman. Conner, 60, is president and CEO of Boeing Commercial Airplanes.