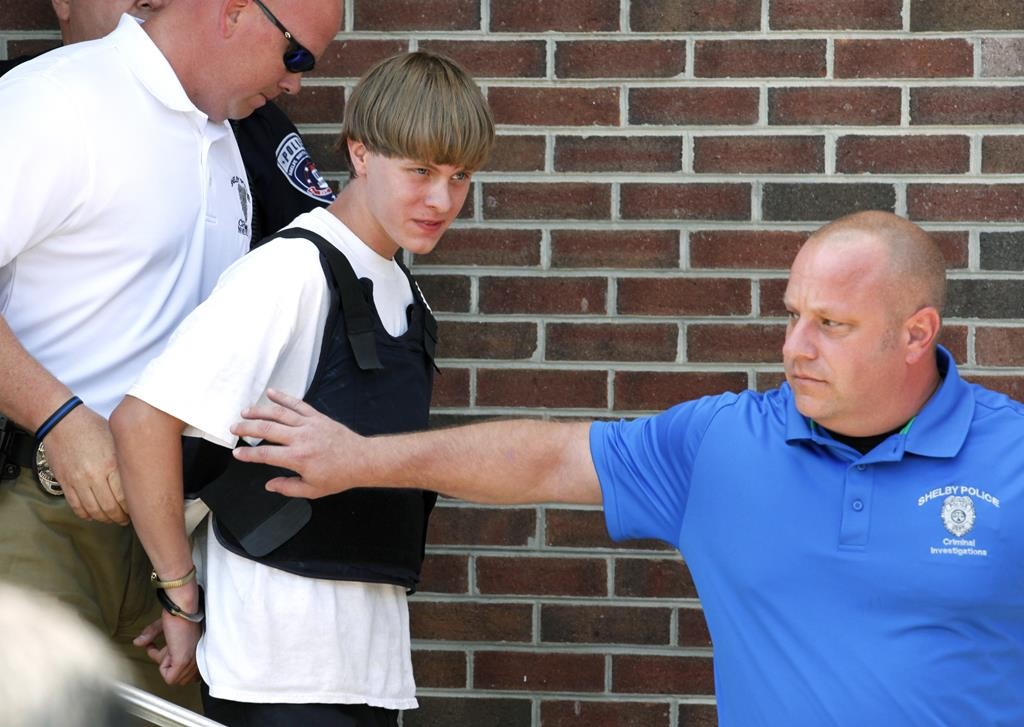 In recent weeks, Dylann Storm Roof reconnected with a childhood buddy he hadn’t seen in five years and started railing about the Trayvon Martin case, about black people “taking over the world” and about the need for “the white race” to do something about it, the friend said Thursday.

In the hours after the Wednesday night bloodbath, a portrait began to take shape of Roof as someone with racist views and at least two recent run-ins with the law. On his social media page, the young white man wore a jacket with the flags of the former white-racist regimes of South Africa and Rhodesia.

In an interview with The Associated Press, Joseph Meek Jr. said he and Roof had been best friends in middle school but lost touch when Roof moved away about five years ago. The two reconnected a few weeks ago after Roof reached out to Meek, Meek said.

Roof never talked about race years ago when they were friends, but recently made remarks out of the blue about the killing of unarmed black 17-year-old Trayvon Martin in Florida and the riots in Baltimore over the death of Freddie Gray in police custody, Meek said.

“He said blacks were taking over the world. Someone needed to do something about it for the white race,” Meek said. “He said he wanted segregation between whites and blacks. I said, ‘That’s not the way it should be.’ But he kept talking about it.”

He said that when he woke up Wednesday morning, Roof was at his house, sleeping in his car outside. Later that day, Meek went to a nearby lake with a couple of other people, but Roof hated the outdoors and decided he would rather go elsewhere.

The Southern Poverty Law Center, a civil rights group that tracks hate organizations and extremists, said it was not aware of Roof before the rampage.

Meek’s mother, Kimberly Konzny, said she and her son instantly recognized Roof in the surveillance camera image after the shooting because Roof had the same stained sweatshirt he wore in their home. “I don’t know what was going through his head,” she said. “He was a really sweet kid. He was quiet. He only had a few friends.”

State court records for Roof as an adult show a felony drug case from March that was pending against him and a misdemeanor trespassing charge from April. Authorities had no immediate details. As for any earlier offenses, juvenile records are generally sealed in South Carolina.

Roof displayed a Confederate flag on his license plate, according to Konzny, but that is not unusual in the South.

His online social media profile picture showed him wearing a jacket with a green-and-white flag patch, the emblem of white-ruled Rhodesia, the African country that became Zimbabwe in 1980. Another patch showed the South African flag from the era of white minority rule that ended in the 1990s.

In Montgomery, Alabama, the president of the Southern Poverty Law Center, Richard Cohen, said it is unclear whether Roof had any connection to any of the 16 white supremacist organizations the SPLC has identified as operating in South Carolina.

But Cohen said that based on Roof’s social media page, he appeared to be a “disaffected white supremacist.”