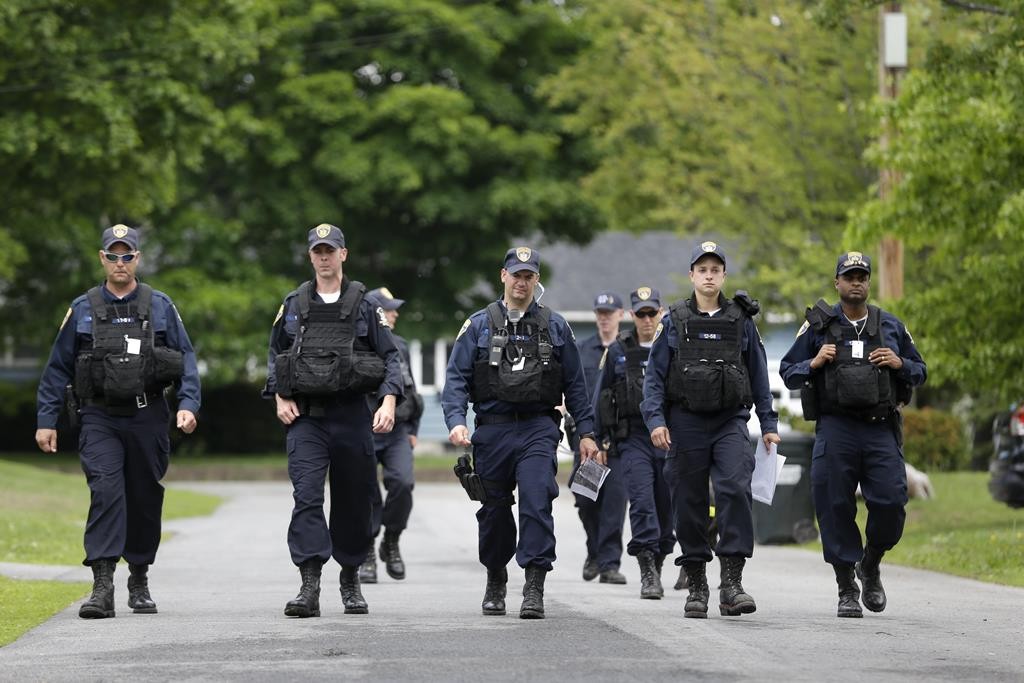 The manhunt for two escaped killers expanded to campsites and boat slips in Vermont on Wednesday, and State Police said a female prison staff member being questioned may have had a role in helping the men.

At a news conference outside the maximum-security prison, Gov. Andrew Cuomo and Vermont Gov. Peter Shumlin said investigators learned that the inmates had talked before last weekend’s breakout about going to neighboring Vermont.

“New York was going to be hot. Vermont would be cooler, in terms of law enforcement,” Shumlin said on Day 5 of the search. He and other officials would not say how authorities obtained that information.

New York State Police Superintendent Joseph D’Amico also said that a prison employee — identified in news reports as Joyce Mitchell, a training supervisor at the prison tailor shop — had befriended the killers and “may have had some role in assisting them.”

Mitchell’s son, Tobey Mitchell, 21, told NBC that his mother checked herself into a hospital with chest pains Saturday. He said she wouldn’t have helped the inmates escape.

Using power tools, David Sweat, 34, and Richard Matt, 48, cut through a steel wall, broke through bricks and crawled through a steam pipe before emerging through a manhole in the street outside the 3,000-inmate prison in a breakout discovered early Saturday.

State troopers and corrections officers in helmets and body armor checked garage doors, sheds, windows and other structures in a house-to-house search.

But at the late-afternoon news conference, D’Amico confessed: “I have no information on where they are or what they’re doing, to be honest with you.”