Regional With Shootings on the Rise, Is de Blasio Vulnerable?
Regional 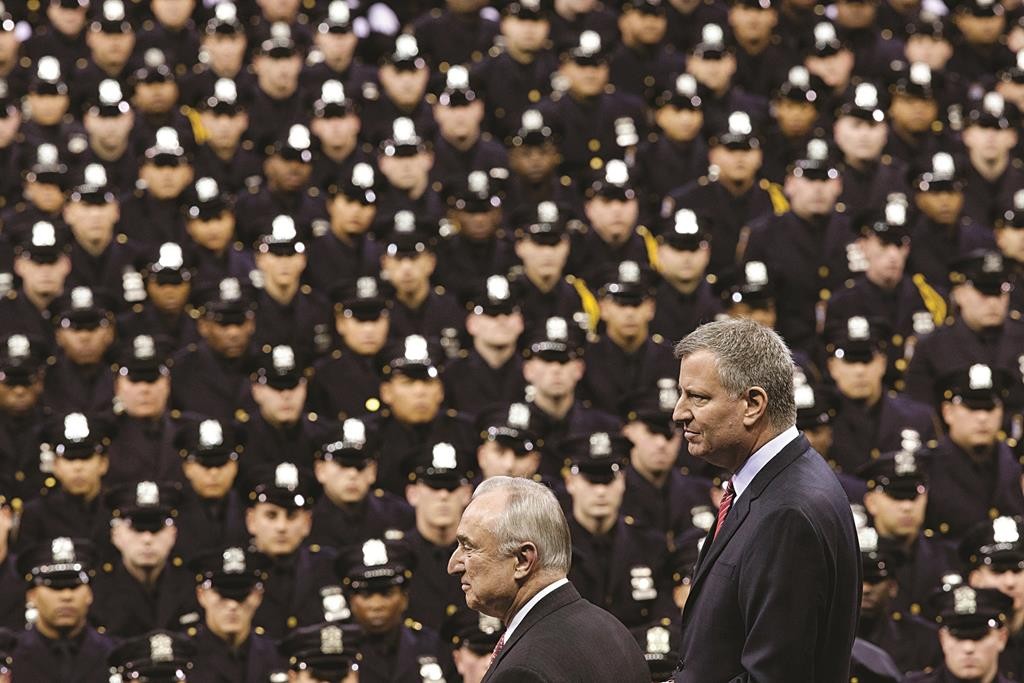 “Four more murders in one night,” the New York Post wrote under the grieving loved ones of a shooting victim. The front page of The Daily News blared “Subway Crime Soars.”

In reality, the uptick in violence is small. But even the perception that New York is suffering any sort of backslide into the violence-plagued bad old days of the 1970s has empowered critics of Mayor Bill de Blasio.

De Blasio has assured the public that overall crime is down and that measures are already being put in place to combat the violence, much as the city stopped a pre-summer uptick a year ago. Yet the liberal mayor has faced criticism that he’s soft on crime and, some experts warn, that belief could endanger some of the criminal justice reforms he has promised.

“Sometimes reality does not matter,” said Christina Greer, political science professor at Fordham University. “If voters think they are less safe in 2015, in 2016 and especially 2017, the mayor has lost. He’s lost everything: lost his agenda, lost his job.”

It is undeniable that 2015 has been bloodier in New York.

There have been 135 homicides through May 31, up from 113 in the same period a year ago, when it was just five months into de Blasio’s mayoralty. The number of people shot has also jumped from 467 to 510.

The rise has given plenty of ammunition to de Blasio’s critics, many of whom have been eager to blast the mayor’s policy shifts they feel have left the city less safe.

The “soft on crime” label has dogged Democrat de Blasio since his 2013 mayoral run — his rival Joe Lhota’s most effective ad of the campaign charged that de Blasio would meet with a rampaging motorcycle gang — and in particular his opponents have blamed the violence on the mayor’s decision to enforce a federal judge’s demand that the city curb the use of stop-and-frisk.

The tactic, which the judge ruled discriminated against minorities, allowed police to stop anyone deemed suspicious. Its supporters believe it acted as a deterrent against criminals carrying guns.

The conservative New York Post editorial board wrote, “How many New Yorkers must die before the mayor brings back stop-and-frisk?” last week. An activist toted a coffin to the gates of City Hall to call for more aggressive policing. And Ed Mullins, head of one of the police unions, which  have a frosty relationship with the mayor, said de Blasio’s policies have “handcuffed the police.”

“What you’re seeing now are the perps carrying their guns because they’re not afraid to carry them,” he said. “We are sitting back, taking a less proactive approach.”

Mayoral aides, keenly aware of how damaging a legitimate crime spike would be to de Blasio, are taking great care to show that the administration is combating the uptick in violence.

Though not downplaying its seriousness, police officials have taken pains to note that much of the violence has been gang-on-gang and that the jump in shootings has largely been contained to high-crime neighborhoods like the South Bronx and Brownsville and Bedford-Stuyvesant in Brooklyn. According to NYPD data, more than 40 percent of the year’s homicides have taken place in just 10 of the city’s 76 precincts.

The mayor addressed the rash of shootings at a hastily called press conference last week, announcing that the NYPD was about to embark on a police surge into high crime areas. A similar tactic a year ago resulted in a 25 percent drop in shootings in the 10 targeted communities over the course of five weeks.

De Blasio staffers also pushed back against the media coverage of crime in the subway system — which sees more than 5 million rides a day and averages less than seven felony crimes daily — and the impact of the reduction of stop-and-frisk. Use of the tactic began declining in 2012, before de Blasio took office, and has fallen every year since. Officials point out that murders have also continued to fall, including to a record low of 333 in 2014.

But there is fear at City Hall that it is losing control of the crime narrative. The topic dominated the mayor’s high-profile interview last week on WNYC.

Any mayor worries at the approach of summer, when crime usually increases. But experts believe this mayor in particular — a liberal reformer following 20 years of crime reduction — could pay the price if violence surges.

“This is a mayor who says he’s going to change the culture of crime and policing,” said Greer. “There only has to be a perception that it’s not working. If newspapers go ‘Crime, crime, crime,’ people will think that.”