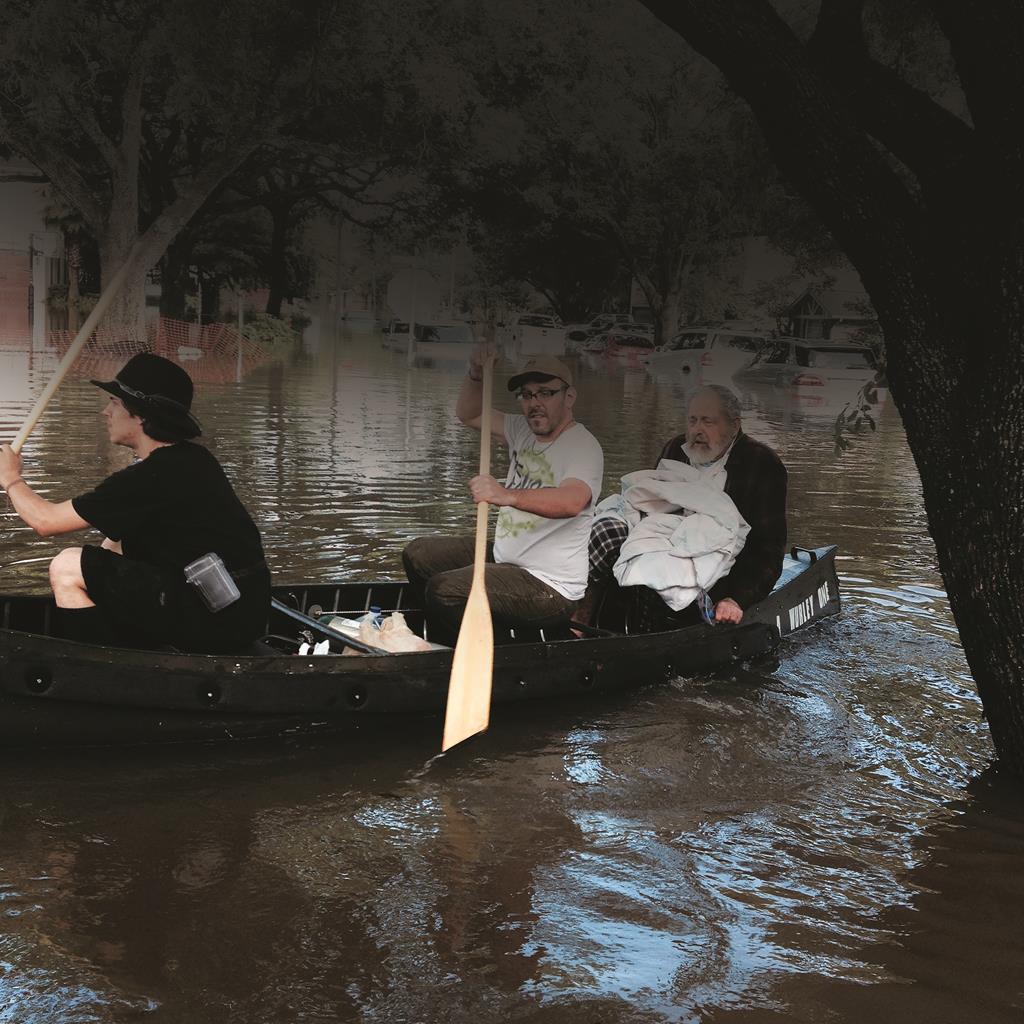 Flooding resulting from torrential rains on Monday and Tuesday caused severe flooding in many areas of Texas. The Jewish community in the Meyerland area of Houston was one of those severely affected by the storms. Many homes, as well as the buildings of the Meyerland Minyan and the United Orthodox Synagogue, were affected, bringing back memories of Superstorm Sandy.

Flooding in Houston is not uncommon, and a series of bayous was constructed to control the flooding. However, this rain was so heavy that bayous could not handle it, something that has not happened in decades.

Rabbi Gidon Moscovitz, Rav of the Meyerland Minyan, describes the situation in his neighborhood:

Another family woke up to the sound of their car alarm going off due to the water that was seeping into the car. They got up and found waist high water in their home. The mother ran to the baby’s crib and pulled the baby out of the crib just as the water was reaching the mattress.

In the Meyerland Minyan building, a foot of water flooded the shul. Many siddurim and other sefarim that are kept on lower shelves were destroyed, as were the Rosh Hashanah and Yom Kippur machzorim.

Many community members lost most of their possessions, their homes, and even their cars. “They have no where to go and no way to get there,” quipped Rabbi Moscovitz with a sigh. Rabbi Moscovitz used an inflatable boat to rescue one family who was stranded in their home.

On Tuesday, most of the city, including the schools, were shut down. Rabbi Moshe Friedman, director of the Kollel of Houston, reported that the kollel, which is located in the Northfield section, was not flooded, with siyatta diShmaya, and flooding in the streets receded in time for the kollel to hold regular sessions on Tuesday. Several neighbors who were off from work took advantage and came to learn.

Leigh Levine, director of marketing and development for the Beren Academy, explained that the homes of many students in the school were damaged by the flooding. “We are all basically in shock. But I think the students realize that, ultimately, what they lost was only material and, at the end of the day, their families are safe, and that is what matters. One of the strengths of our school is the community spirit, and this really rings true now, as families are helping, banding together to help each other in a grassroots effort. “

The community in general has opened their hearts and homes, and many grassroots initiatives have sprung up, and will continue to develop in the coming days and weeks. Many are hosting families whose homes were destroyed. Students from both Beren Academy and Yeshiva Torat Emet spent time cleaning out damaged homes. Mrs. Rachel Yaghobian from Yeshiva Torat Emet plans to organize groups of students to prepare food for Shabbos for affected community members.

Unfortunately, many homeowners have already been informed that their damages are not fully covered by their insurance policies, due to exclusions and deductibles. Rabbi Moscovitz reported that his shul does not seem to have coverage for structural damage due to the storm.