World No Sign of Missing U.S. Helicopter In Nepal
World 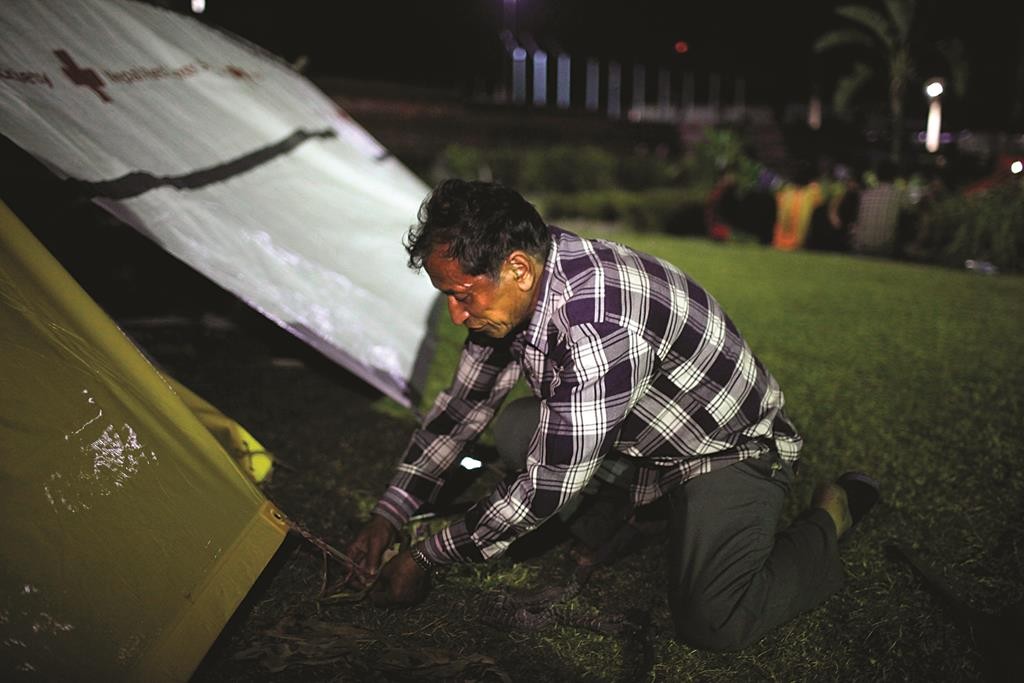 A daylong search failed to find a missing U.S. Marine helicopter on Wednesday, a day after the second Nepal earthquake in less than three weeks killed scores and triggered landslides across the Himalayan nation.

Nepal is still reeling from last month’s devastating quake, which killed more than 8,000 people and injured close to 20,000.

The U.S. helicopter was delivering aid in Dolakha, one of the districts hit hardest by both quakes, on Tuesday when it went missing with six Marines and two Nepali soldiers on board.

Six Nepali helicopters and about 400 soldiers found no sign of the Marine Corps UH-1Y Huey in forested and rugged terrain.

“There is no positive confirmation of any sighting of the aircraft, and we have no communication with them at this moment,” said Marines spokeswoman Captain Cassandra Gesecki. She said there was no evidence to indicate a crash.

Roads in Dolakha were cracked and littered with large boulders, a Reuters witness said. In the village of Suspa Kshamawati, 80 percent of the houses were destroyed.