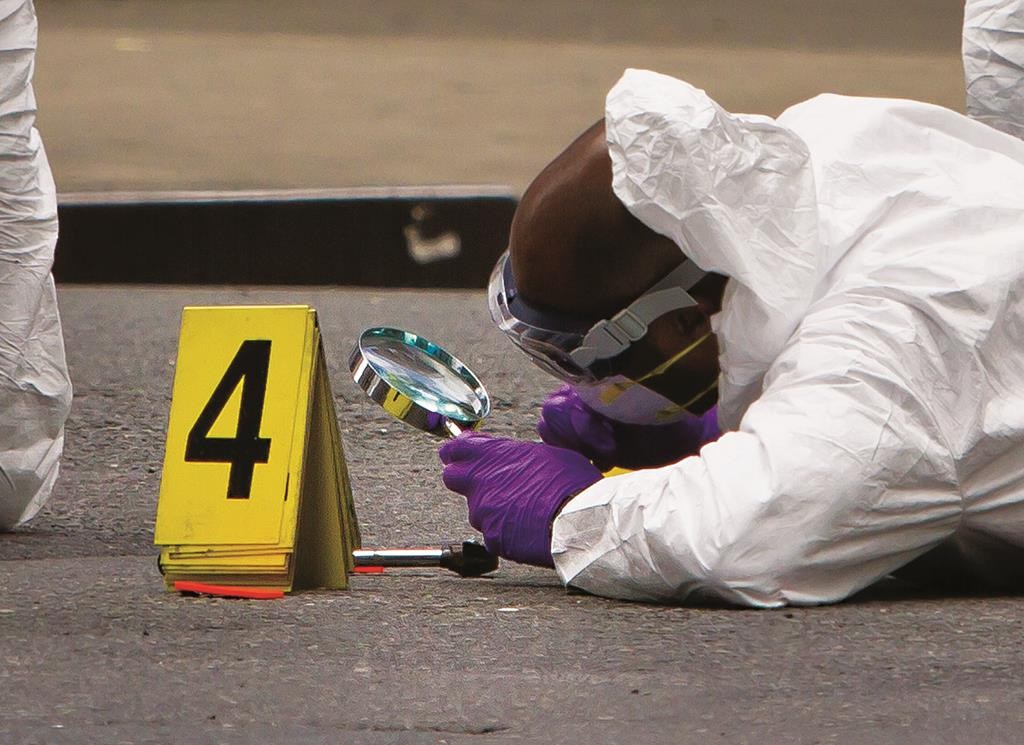 A man who attacked four people with a hammer this week was shot and wounded by police Wednesday after he pulled the weapon from a bag and struck an officer at least three times on a crowded street near Penn Station, police said.

David Baril, 30, was hospitalized in critical but stable condition with at least two gunshot wounds, said Manhattan Chief of Detectives William Aubry. The two officers were responding to an unrelated assault at about 10 a.m. when they noticed Baril on the street, wearing a hood and a mask.

“When he turned around, he violently started swinging,” Aubry said. Video captures the man striking Officer Lauren O’Rourke about three times before her partner, Geraldo Casaigne, fires four shots. Both O’Rourke and Baril fall to the ground.

The hammer, authorities believe, is the same weapon used in four attacks this week.