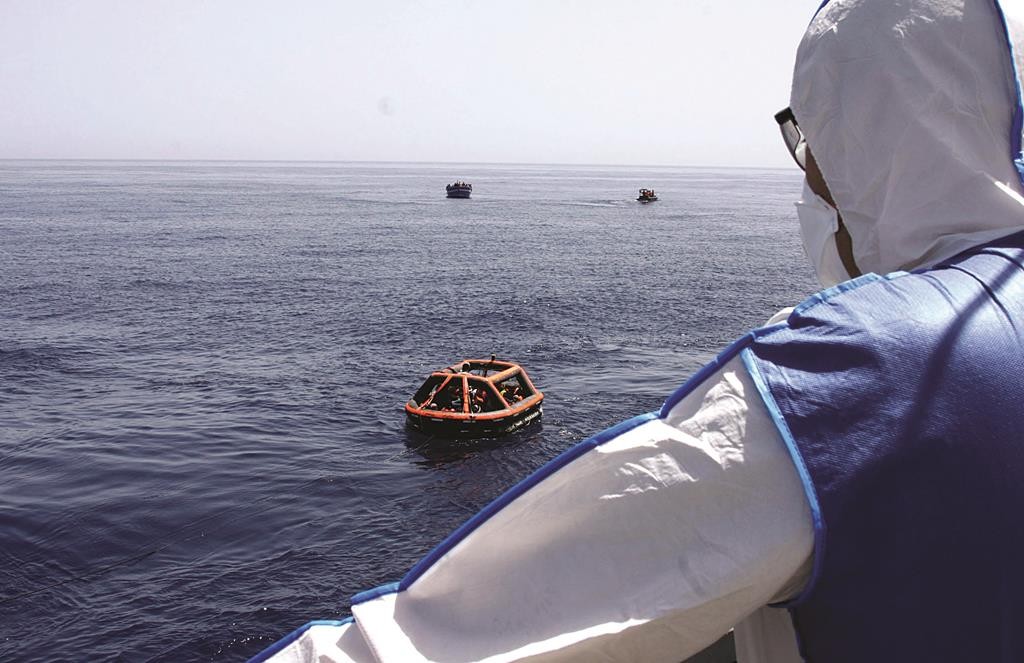 The European Union is seeking a U.N. Security Council resolution within days to let its members hunt down human traffickers in the Mediterranean and destroy their boats, a senior EU official said Tuesday.

EU foreign ministers hope to have a U.N. resolution by their May 18 meeting “to ensure that we can have coercive action toward the smugglers,” who have aided in the bringing of more than 10,000 migrants to European shores in unseaworthy boats in recent weeks, said the official, who has close knowledge of the operation, but is not permitted to speak publicly about it.

More than 170,000 illegal border crossings were recorded through the Mediterranean last year, mostly Syrians and Eritreans leaving via Libya, whose collapse has allowed criminal gangs and terrorists to flourish. Around 1,700 migrants are feared to have died in recent weeks, even before the high season for sea migration begins in June.

The controversial operation is part of a broader EU migration agenda to be unveiled Wednesday by the EU’s executive Commission. The agenda includes steps to speed up the identification and processing of migrants when they arrive, and to ensure that countries rapidly send back people who do not qualify for protection, according to a draft of the text obtained by The Associated Press.

The EU foreign policy chief, Federica Mogherini, said the operation’s aim is to “disrupt the business model” of the traffickers. European navies currently can only destroy boats involved in trafficking if they have no national flag or if the nation whose flag they bear gives permission for their destruction. A U.N. resolution would broaden that restriction to allow for more boats being destroyed.

Ten European countries have signaled an interest in taking part in the operation, the official said. Britain, France, Poland and Spain are likely to provide ships or planes.

The illicit migrant trade across the Mediterranean is now worth up to $323 million a year in Libya alone,  and its resources are being funneled into terrorist groups including the Islamic State group, according to a report Tuesday by the Global Initiative Against Transnational Organized Crime, a network of law enforcement and development groups, and the Rhipto analysis center in Norway.