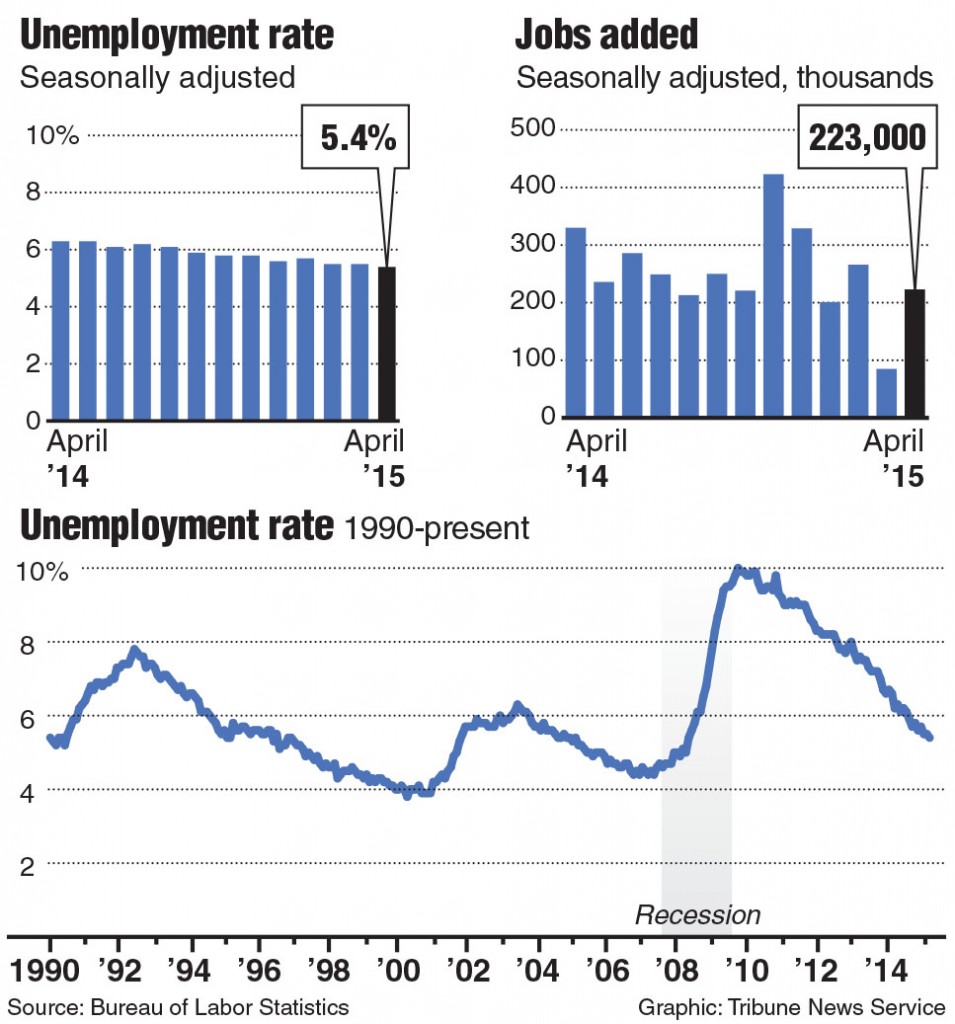 The labor market bounced back in April, with the economy adding a solid 223,000 net new jobs and the unemployment rate ticking down to 5.4 percent, the lowest level in nearly seven years, the Labor Department said Friday.

The job growth was a major improvement from a disappointing March that revisions showed was even weaker than initially thought.

The economy added just 85,000 net new jobs in March, even fewer than the first estimate of 126,000, making the month the weakest for job creation since 2012.

The unemployment rate reached a new post-Great Recession low in April. And unlike in some previous months, it was not because more people dropped out of the labor force.

The share of adults in the force ticked up to 62.8 percent in April, though that is still historically low.

The pace of wage growth, however, slowed in April. Average hourly earnings rose 3 cents to $24.87, after rising 6 cents in March.

Economists had been expecting job growth to rebound in April, attributing the March slowdown in part to unusually bad winter weather.

In addition, the rising value of the dollar has hurt U.S. exporters, particularly manufacturers, and falling oil prices have led to cutbacks at U.S. energy companies.

The construction sector, which had been hurt by the weather, added 45,000 net new jobs in April after shedding 9,000 positions the previous month.

But the mining industry continued to struggle amid low oil prices. The sector lost 15,000 net jobs after shedding 12,000 in March.

Manufacturers added just 1,000 positions in April after no growth in March.

The economy grew at an anemic 0.2 percent annual rate in the first three months of this year. And after the Commerce Department reported this week that the March trade deficit ballooned to its largest gap since 2008, many economists predicted first-quarter growth would be revised in the coming weeks to show the economy contracted slightly.