Israel Har Hazeisim Remains a ‘National Disgrace’ — How Could That Be?
Israel 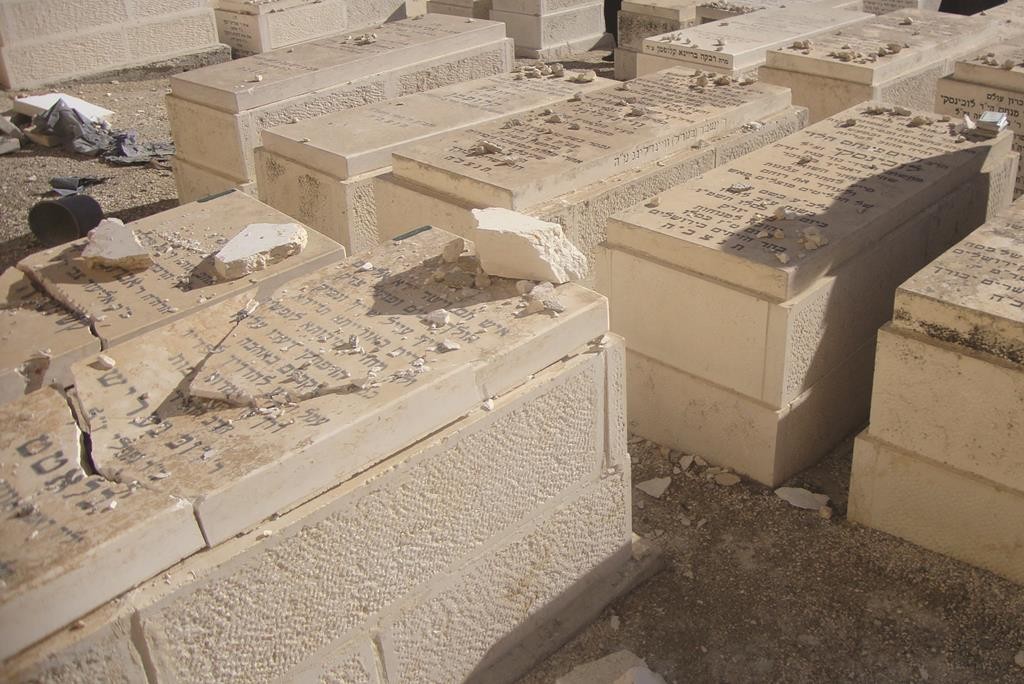 It was five years ago that Avrohom Lubinsky rang the alarm bells that Har Hazeisim, the holy 3,000-year-old cemetery, had become nothing short of what one Jewish leader called a “national disgrace.” The state comptroller at the time, Micha Lindenstrauss, agreed, issuing a stinging report about the “neglect and abuse” by successive governments of a beis hachaim where 150,000 Jews are buried. Members of the newly created International Committee for the Preservation of Har Hazeisim (ICPHH) corroborated  his findings: an area of hundreds of broken and desecrated graves, donkey races, soccer games, dumping ground for construction waste, and even thriving drug traffic. And all of us collectively asked, “How could that be?”

Thanks to Jewish community leaders like Malcolm Hoenlein, vice chairman of the Conference of Presidents of Major American Jewish Organizations, other Jewish leaders, and activists, and the unrelenting determination of Mr. Lubinsky, who founded the ICPHH, a new era of change began. Roads were repaired, destroyed graves restored, a surveillance monitoring station constructed, 137 surveillance cameras installed, and a police substation established. At times it seemed that serious attempts were being made to protect and develop Har Hazeisim, especially since the government periodically released details of new projects to be implemented, such as a Visitors’ Educational Center and even a cable car to facilitate transportation to Har Hazeisim.

But then, just as we were lulled into a false sense of security, we were jolted by events. The chelka of Ger where two Admorim, zt”l, the Beis Yisrael and the Lev Simcha, zt”l, are interred was desecrated, notwithstanding that the hooligans were not able to penetrate the iron door that leads to the maarah where they lie. But the matzeivos of luminaries such as Harav Yitzchok Meir Levin, z”l, the indefatigable Agudist leader, were  destroyed. Eyewitnesses described how the Arabs used axes and large boulders to demolish the graves. And again, especially after three incidences within a period of five months, you ask, “How could that be?”

The “How could it be?” question can be pointed in many different directions. Where are the people who monitor the cameras? Where are the police who are supposed to man the sub-station on Har Hazeisim? Where are the 24 police officers the government promised when the police station opened? And lastly, where is the government, with all of its pronouncements and declarations about its commitment to the security of Mizrach Yerushalayim?

While it is true that the vandals destroyed the cameras in the area of the Gerrer chelka and that the police attempted to approach the area but were rebuffed by burning tires, you wonder how this is possible in 2015 when Israel proclaims its sovereignty over the entirety of Yerushalayim.

But then, for a period of a few weeks, Har Hazeisim returns to “normal.” This is defined as Arab schoolchildren on their way home from school periodically heaving rocks on visitors and mourners. A car making its way to Har Hazeisim to daven at the kever of a loved one is stoned and its windows are shattered. You may say that there are occasional days when the border police do show up in force, but like the sun setting in the evening, they are gone by morning.

In a major exposé in Maariv newspaper, Kalman Lipskind makes note of the disgrace. He vividly describes the desecrated graves, the fear of visiting the grave of a loved one, and even how local Arabs continue to expand their homes right up to graves on Har Hazeisim. Lipskind’s article, published just a few days ago, may detail the shocking state of Har Hazeisim, but one can only imagine what it would have looked like five years ago before the ICPHH prompted major changes.

If that is indeed the case, the government of Israel may be in for a surprise. World Jewry is not about to abandon this place of kedushah where the ashes of the parah adumah were buried, where Dovid Hamelech fled from Shaul, where three neviim are buried and where 150,000 Jews, including the foremost leaders of Klal Yisrael, from almost every country in the world, are buried.

It is estimated that more than 10,000 Americans are interred there, as are more than 14,000 French Jews, just to name two countries. After all, every Jew in the long and bitter galus dreamed of burial on Har Hazeisim, with its stated benefits of being first in techiyas hameisim and lying just opposite Makom Hamikdash. World Jewry is not about to accept Lipskind’s nonchalant  conclusions about the government’s disregard for that part of Yerushalayim.

Last year, when Harav Moshe Tuvia Lieff held an asifah in his home to support the work of the ICPHH, the crowd overflowed into the streets, forcing the Mara d’Asra of Agudas Yisroel Bais Binyomin to move the asifah this year (May 17) to the shul on Avenue L. It is clear that these Jews are not about to bid farewell to this sacred place.

Three years ago, more than 1,800 Jews filled the Great Synagogue in Yerushalayim in a show of solidarity that even included politicians from all the major factions, some of whom had not even been invited. Opposition leader MK Yitzchak Herzog wondered out loud at the gathering: “What would we have said if this situation on Har Hazeisim had occurred somewhere in Europe?” And you ask, after all this, how could it be that the police station is often manned like a satellite branch of a bank, opening late and closing early, with only one or two officers to patrol almost three kilometers in a very hostile neighborhood?

It is extremely difficult to understand why the task of securing Har Hazeisim fell to Jews living in Brooklyn and other areas. And how is it that almost every government official, irrespective of political or religious affiliation, “thanks” us for our efforts. They live within a stone’s throw. Is it only our responsibility? How could that be?

Could it be that Har Hazeisim is more important to the Arabs than it is to us, despite its kedushah and history? After all, they seem to have a very clear plan to deny us our past. They destroy and trample on our graves and don’t even allow us to mourn. Their maps call Har Hazeisim the Ras al Amud neighborhood. Some Arab families even live right in the cemetery. How could that be?

Those of us who embarked on this task of bringing change to Har Hazeisim are under no illusions about the difficult road ahead. There is some hope that the new government that included the security of Har Hazeisim in its coalition agreements will finally show muscle in securing the 3000-year-old Har Hazeisim.

For the ICPHH, basic security on Har Hazeisim and the approach roads will be a major achievement, but its agenda is far more ambitious. The cemetery needs to be repaired and cleaned, and we need to demonstrate that kvod hameis is paramount in Judaism. Two important projects will be to build a tall maximum security wall to keep vandals out, and to prompt the Knesset to adopt tough new laws against the rock throwers. For now, every Jew must feel the shame of this national disgrace and must ask: “How could this be?”

Menachem Lubinsky is the president and CEO of Lubicom Marketing Consulting in Brooklyn, NY. He is also the co-chairman of the International Committee for the Preservation of Har Hazeisim.