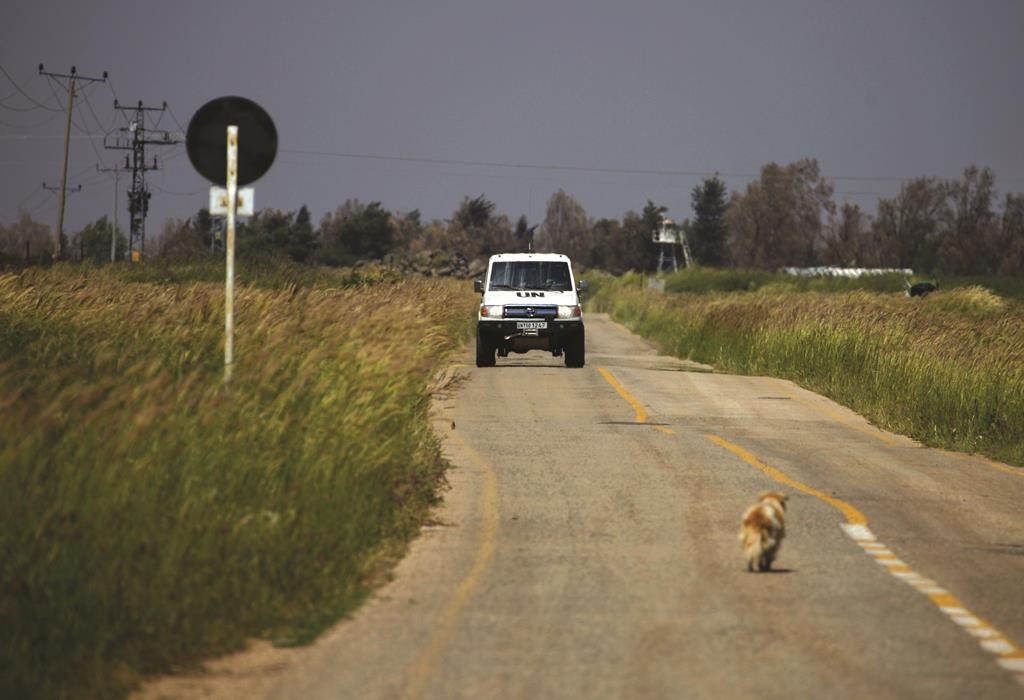 Mortar bombs launched from Syria wounded two United Nations peacekeepers in the Israeli Golan Heights on Monday, the Israeli military said, in what appeared to be stray fire from Syrian civil war fighting.

A military spokeswoman said the peacekeepers were taken for treatment at an Israeli hospital and that she had no further details on their condition or nationality. Israel Radio said they were wounded slightly.

The spokeswoman said the mortar fire was apparently a spillover from fighting in Syria.

The U.N. mission known as UNDOF (United Nations Disengagement Observer Force), with about 800 soldiers from Fiji, India, Ireland, Nepal, and the Netherlands, was established in 1974. It monitors a ceasefire line on the Golan that has separated Israelis from Syrians since the 1973 war.