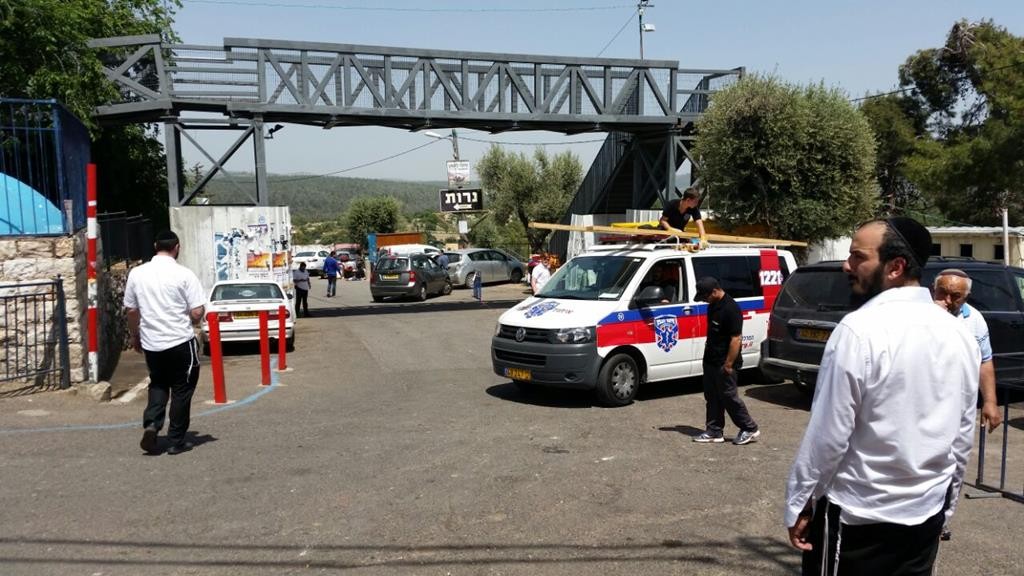 At this point it’s not yet clear which plans will be implemented at the tziyun of Rashbi and which will be shelved for lack of funds. What is clear is that the police are not willing to take any unnecessary risks, and they are planning to take full control of the area around the tziyun.

Numerous ideas have been presented about what should be done at the tziyun, but one thing all agree on is that things cannot continue the way they are.

The risks are well known: there is no cellular reception at the tziyun—something that is welcome all year round but should be reconsidered for Lag BaOmer as it can save lives if people need assistance.

An example of the problem is in the rooms on the second floor, where people have chazakos for generations. The overcrowding there is terrible; it’s a miracle that nothing tragic has happened until now. One reader reported that her eight-year-old son’s life was in danger last year and he is not the only one.

Beyond that is the problem of transportation on Motzoei Lag BaOmer, when 20,000 people try to leave Mount Meron at one time. Last year the whole system collapsed and mounted police galloped into the crowds. The police admit that they have no solution to the problem. No matter how much they try to prepare ahead of time, they cannot provide instantly available transportation to such a huge number of people. It simply doesn’t work.

The police are asking the public to please wait about half an hour to an hour after the hilula is over before trying to exit. They say not to hurry to go down, because the chaos at the parking lots will only delay the buses several more hours. It’s better to wait a bit longer on the mountain, say a bit more Tehillim, and then descend to the parking lots in a calmer fashion. “We are preparing a tremendous number of buses and no one will get left in Meron,” the police promise.

The new color system and the closure of Meron to private cars will hopefully ensure order. The police have learned lessons from past years and have tried to pinpoint each and every trouble spot, even at the expense of making large crowds park further away.

However, they are still very concerned about two occurances: the rush towards the parking lots after Shacharis at neitz, and after the lighting of the fire by the Toldos Aharon Rebbe shortly before sunset on Lag BaOmer day. At both these times, which take place 12 hours apart, tens of thousands of people descend into the parking lots at once.