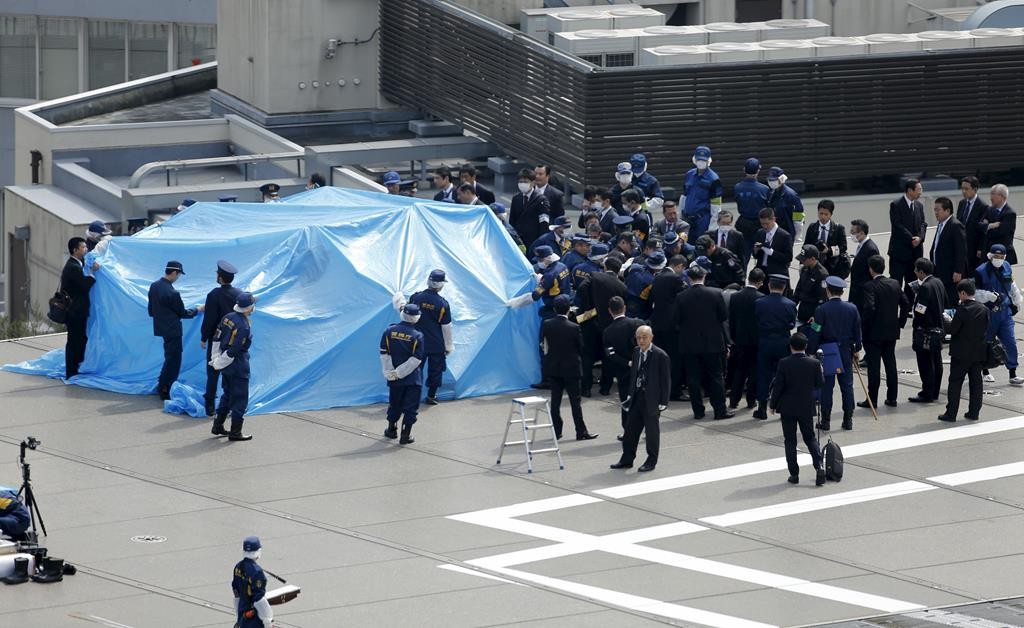 Japanese police are investigating a small drone that appeared to have fallen Wednesday morning onto the roof of the office of Japanese Prime Minister Shinzo Abe, who was away at an international gathering in Jakarta.

The drone measuring about 50 centimeters (20 inches) was equipped with a small camera and an object that appeared to be a smoke flare, Kyodo News reported. A “minute” amount of radiation was detected on the drone, which had a symbol signifying it was radioactive, the news agency said.

“This could potentially lead to more regulations on unmanned aircraft,” said Koichi Nakano, a professor of politics at Sophia University in Tokyo. “Much depends on whether the radioactive material found indicates this was an attack.”

Abe’s office is a couple of minutes walk from the national parliament building, and the government was now considering restricting flights near important buildings, Kyodo reported after the incident, citing an unnamed government official.