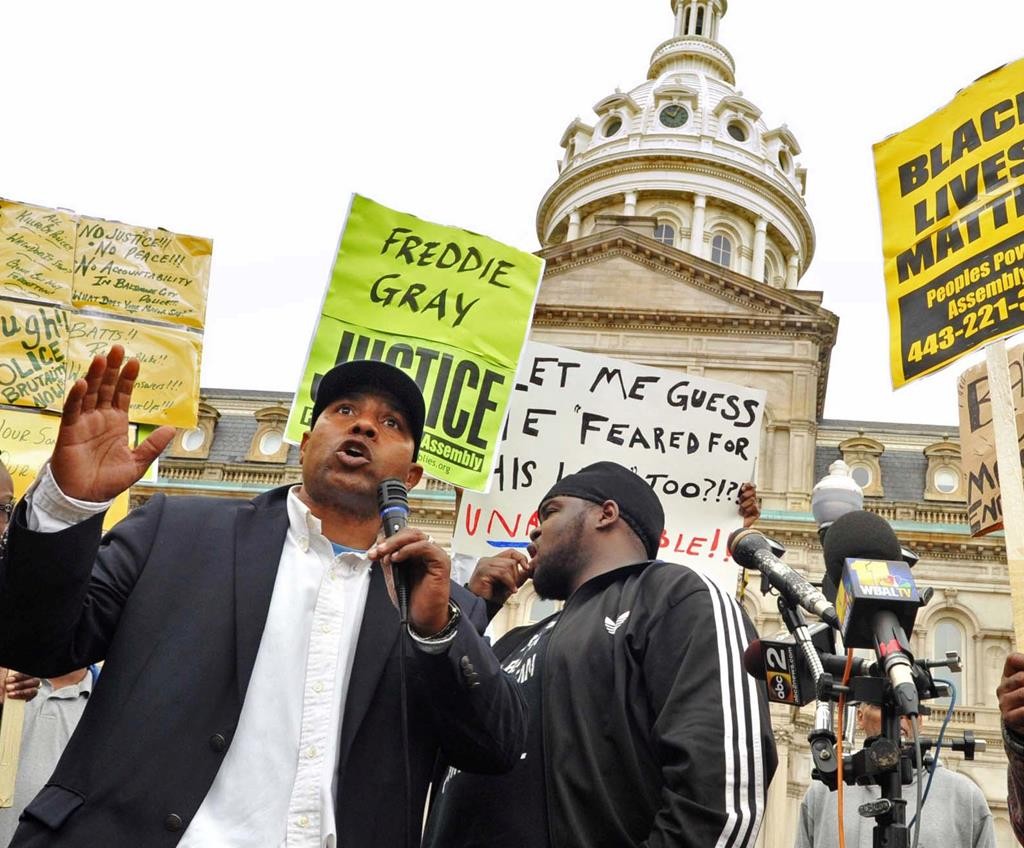 The Justice Department said on Tuesday that it opened a civil rights investigation into the death of a man who died after being arrested by the Baltimore police.

Baltimore police on Tuesday identified six officers suspended over the death of Freddie Gray, a 27-year-old black man who was arrested on April 12 and died days later in hospital after slipping into a coma. A preliminary autopsy report said he died from a spinal injury.

The death has sparked outrage in the largely black city, and the case has renewed concern about law enforcement’s treatment of minorities.

“Based on preliminary information, the Department of Justice has officially opened this matter and is gathering information to determine whether any prosecutable civil rights violation occurred,” a Justice Department spokeswoman said.

The six have been suspended with pay. Much of the incident was captured by bystanders’ video recordings.

Officers arrested Gray after he fled when they approached him on a street. They found a switchblade knife in his pocket and put him in a police van for transport to a station.

When Gray was taken from the van, he was unresponsive and transported to a hospital.

Police will complete an investigation by May 1 and turn the results over to state prosecutors, department Commissioner Anthony Batts said on Monday.

The investigation will undergo an outside review, the third into police-involved deaths since Batts became head of Maryland’s biggest force in 2012.

The two previous reviews concluded that officers acted correctly but recommended changes in procedures. A review report last year into a 2013 death said Baltimore police used force in just under one percent of arrests that year, a rate it called low.

Baltimore has had four officer-involved shootings so far in 2015, compared with five at the same time a year earlier, a police spokesman said.