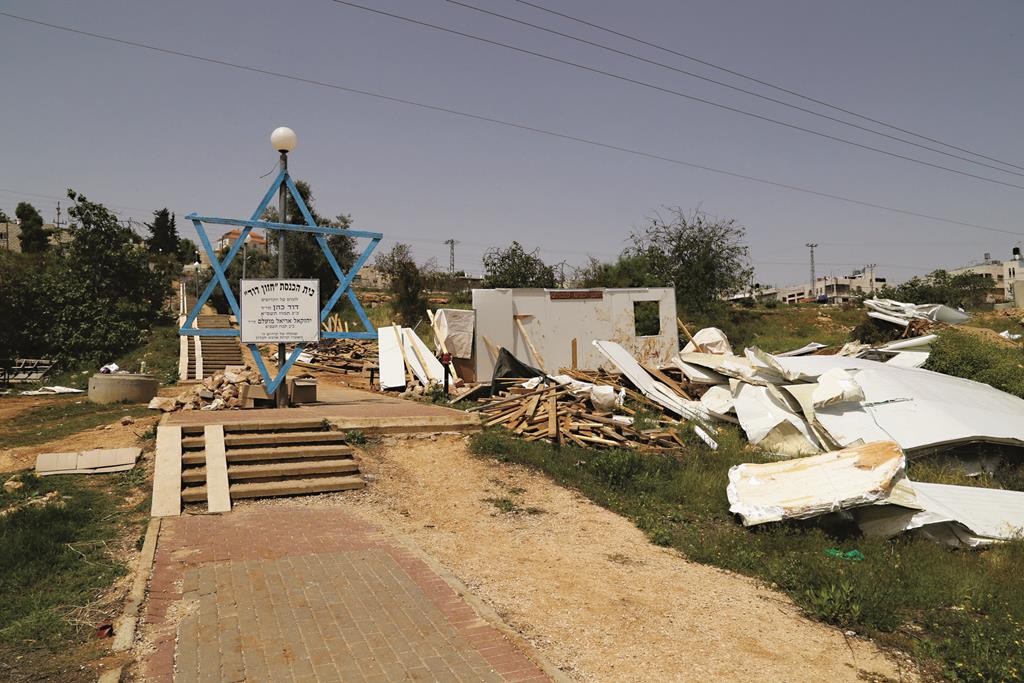 The authorities acknowledged the demolition, which occurred on Monday night: “Security forces carried out the demolition of an illegal structure, which is used as a synagogue, and which was built without a permit in Chazon David.”

“It should be noted that over the past few months the Civil Administration turned to the Kiryat Arba Local Council and asked it to evacuate the building. When they did not do so, the building was demolished according to procedure,” the statement said.

Chazon David was built in 2001, in memory of David Hakohen and Chezi Muallem, who were killed by terrorists. Hakohen was killed when terrorists fired at his vehicle near the entrance to Kiryat Arba. Muallem, who arrived at the scene soon after the attack to assist Hacohen, was also was shot by the terrorists.

Chazon David has been under dispute for years. It was declared by the government an illegal outpost and was destroyed and rebuilt as many as 33 times, most recently in 2008.