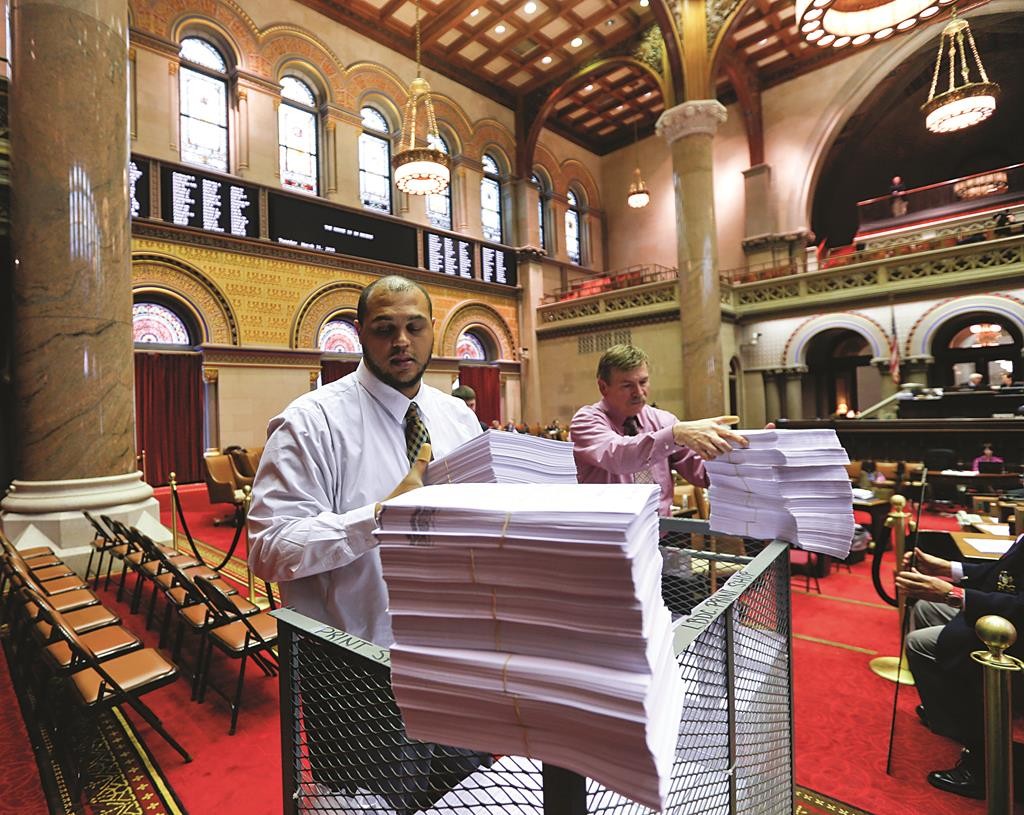 Details of the complicated spending blueprint were publicized only hours before the votes began, continuing a recent tradition in which lawmakers rush to pass a budget they haven’t fully reviewed to meet an April 1 deadline.

Though Gov. Andrew Cuomo and legislative leaders praised the budget, rank-and-file lawmakers were less impressed, with even several supporters calling it a rushed compromise crafted behind closed-doors.

The Senate finished its work on the budget just before midnight, the start of a new fiscal year. The Assembly wrapped up at 3 a.m. Wednesday — three hours past the deadline that Cuomo proudly beat with his first four budgets. If the tardiness of this budget annoyed the governor he did not let on.

“This is a budget that all New Yorkers can be proud of,” he said in a statement.

The budget calls for $23.5 billion in school aid, a $1.4 billion increase. The spending plan does not include an education tax credit that would have tremendously benefitted tuition payers. It revises teacher tenure and requires lawmakers to disclose outside income.

One provision creates a panel to recommend salary increases for lawmakers. Its recommendations are binding, unless lawmakers block them.

Following a few weeks off, lawmakers will return to Albany for the final two months of their legislative session.