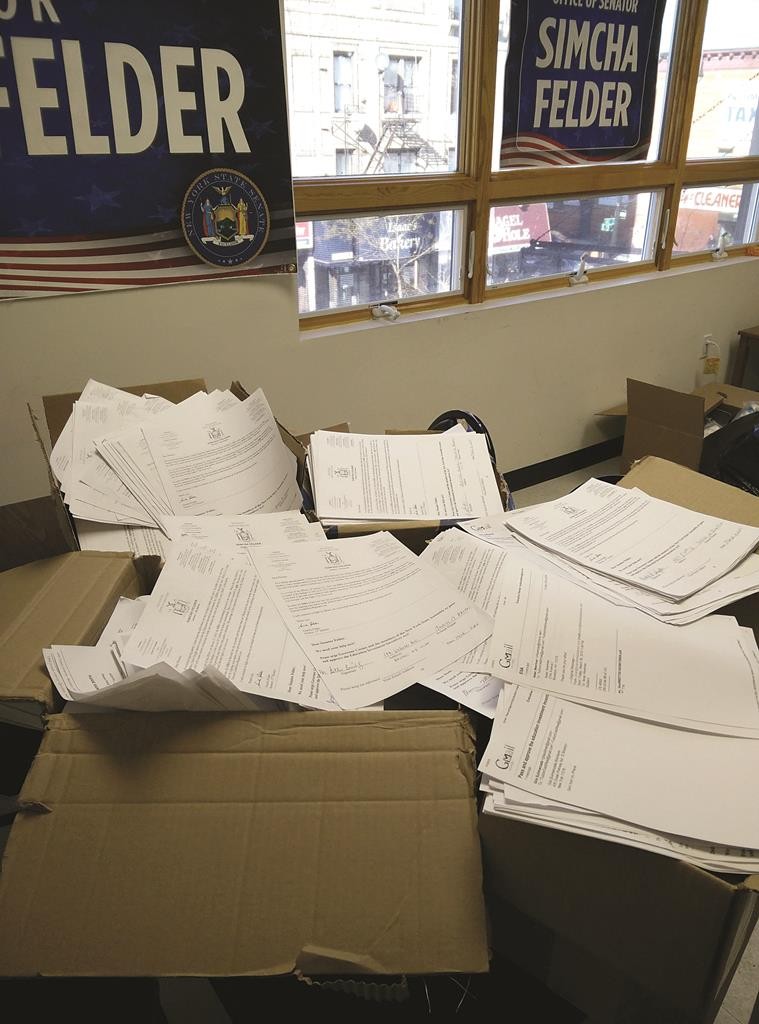 The Education Investment Tax Credit has already passed the Senate and awaits its fate in budget talks ahead of a deadline in two weeks.

Gov. Andrew Cuomo called its passage “a matter of justice” before his election last year and he included it in his budget proposal. But the governor tied it to passage of a controversial illegal immigrant tuition bill and the Assembly did not put it in their budget wish list released last week.

State Sen. Simcha Felder, one of the bill’s prime sponsors in his chamber, has promised to wage a full-fledged campaign for its enactment this year.

“With thousands of petitions already collected and thousands more on the way,” Felder, a Brooklyn Democrat who caucuses with the Republican majority, said in a press release, “parents are delivering a powerful message to the New York State Assembly and the governor that broken promises will not be tolerated.”

The EITC would allocate funding — $150 million in the Senate version, $100 million in Cuomo’s proposal — for education scholarships, half of which benefits tuition-paying parents, while the other half would go towards additional resources and programming for public schools.

It offers New Yorkers the opportunity to take the amount of tax they owe to New York state, and instead contribute those dollars to scholarship-granting foundations.

Felder, along with Assemblyman Dov Hikind and 11 other assemblymen, called last week for a “parent petition” to bombard Albany for education aid. They want parents to voice their support for the EITC by sending an email with their name and address to TuitionCreditNow@gmail.com.

In related news, Hikind met with Cuomo and Joe Percoco, the governor’s secretary, on Tuesday and said that he received a positive impression on the tax credit.

“The three of us had a very good meeting,” Hikind said in a statement. “While there is still much work to be done, I am encouraged. We’ve made an impression. But parents need to continue to call and we all need to do everything possible to express the importance of passing this vital legislation.”