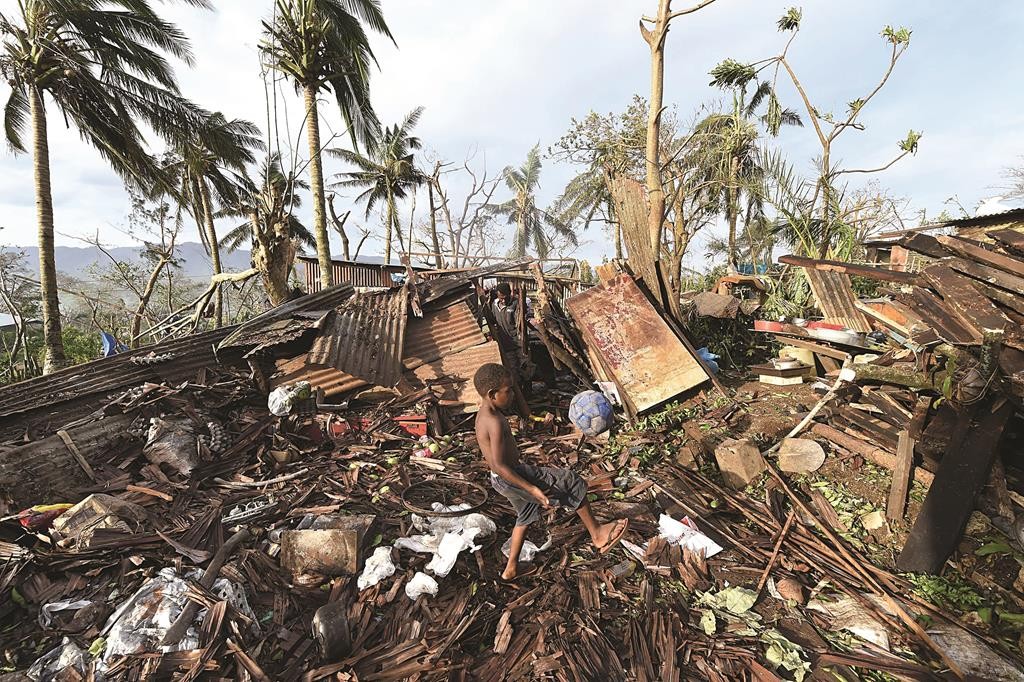 Reports from the outer islands of Vanuatu painted a picture of utter destruction after a monster cyclone tore through the South Pacific island nation, flattening buildings and killing at least 24 people.

Disaster management officials and relief workers were struggling to establish contact with the islands that bore the brunt of Cyclone Pam’s winds of more than 300 kph (185 mph), which destroyed homes, smashed boats and washed away roads and bridges as it struck late on Friday and into Saturday.

Twenty-four people were confirmed killed and 3,300 displaced and sheltering at 37 evacuation centers, according to a statement by the National Disaster Management Office. But the number could rise as communications are restored with outlying islands of the scattered archipelago.

The Australian Red Cross said it had reports of “total devastation” on the southern island of Tanna, with most homes destroyed. Tanna, about 125 miles south of the capital, Port Vila, with its 29,000 inhabitants, took the full force of the category 5 storm, with at least two people dead.

Reports from aid groups said the main town on the island of Erromango, north of Tanna, had suffered similar destruction.

Military flights from New Zealand and Australia were bringing in water, sanitation kits, medicines and temporary shelters for the estimated 10,000 made homeless on the main island, with supplies being unloaded late into Monday evening at the airport. France and the U.S. were also sending aid.

Vanuatu is a sprawling cluster of more than 80 islands and 260,000 people, 1,250 miles northeast of the Australian city of Brisbane.

Perched on the geologically active Pacific Ring of Fire, the poor nation suffers from frequent earthquakes and tsunamis and has several active volcanoes, in addition to threats from storms and rising sea levels.