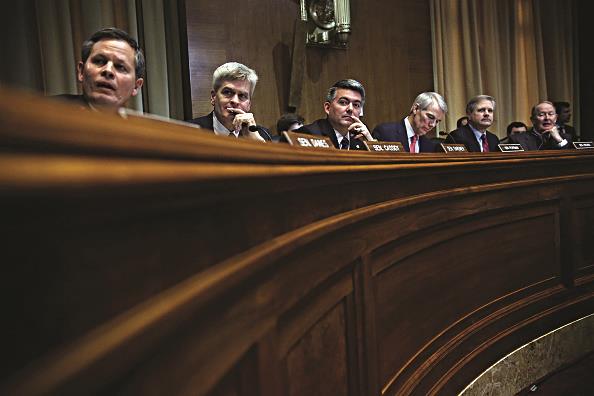 The U.S. Senate is investigating allegations that a nonprofit organization funded by the State Department has been seeking to drive Israeli Prime Minister Binyamin Netanyahu from power.

A source with knowledge of the Senate committee’s work told Fox News that the probe is looking into “funding” by the OneVoice Movement — a Washington-based group that has received $350,000 in recent State Department grants.

A spokesperson for Sen. Rob Portman, (R-Ohio), the chair of the committee, refused comment on the report. “The Permanent Subcommittee on Investigations does not comment on ongoing investigations,” Caitlin Conant, spokeswoman for Portman, told Fox.

The disclosure supports Netanyahu’s charge a few days ago of an international effort to remove him from office.

According to Fox, the Israel-based Victory 15 campaign which seeks to “replace the government” in Israel is a “subsidiary” of OneVoice.

One expert told Fox earlier this month the State Department grants constituted “indirect Obama administration funding of the anti-Netanyahu campaign by providing OneVoice with the $350,000 — even though State Department officials said funding stopped in November, before the announcement of the Israeli election.”