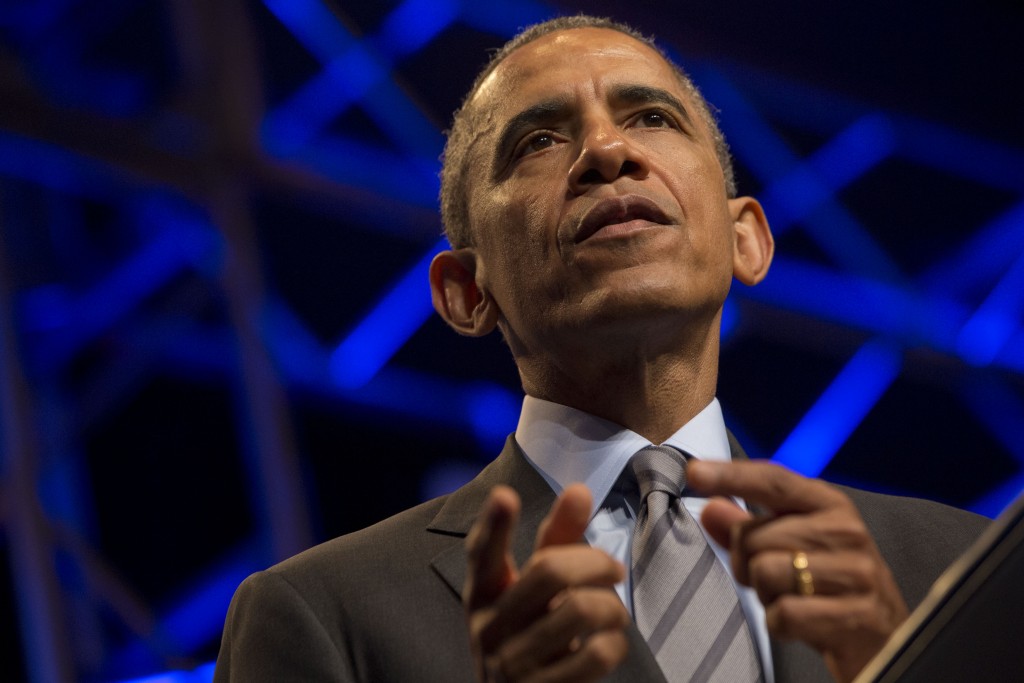 The effort aims to attack a stubborn downside of the current economic recovery and fill a gaping demand for high-tech workers in the United States.

“We’ve got to keep positioning ourselves for a constantly changing global economy,” Obama said in announcing his “TechHire” initiative at a gathering of the National League of Cities. “If we’re not producing enough tech workers, over time that’s going to threaten our leadership in global innovation, which is the bread and butter of the 21st century economy.”

Obama has obtained commitments from more than 300 employers as well as local governments in 21 regions of the country to train and hire low-skilled workers for jobs in software development, network administration and cybersecurity.

Under the program, the Obama administration will provide $100 million in competitive grants to joint initiatives by employers, training institutions and local governments that target workers who don’t have easy access to training. The money comes from fees companies pay to the government to hire higher-skilled foreign workers under the H-1B visa program.

“Too many Americans think these jobs are out of their reach, that these jobs are only in places like Silicon Valley or that they all require an advanced degree in computer science. That’s just not the case,” said Jeff Zients, director of the White House National Economic Council.

Among the communities that have pledged to participate are New York City, Louisville, Detroit, Nashville, San Francisco, and Kansas City, Missouri.

The initiative is designed to prepare U.S. workers for a growing number of technology jobs. According to the White House, of the 5 million jobs available today, more than a half-million are in those fields.

Obama’s attention to technology comes as the unemployment rate is dropping but wages remain flat. The unemployment rate in February dropped to 5.5 percent, but average hourly earnings rose just 3 cents from January, to $24.78. Raising wages has become one of the biggest challenges of the current economic recovery.

“These tech jobs pay 50 percent more than the average private-sector wage, which means they are a ticket to the middle class,” Obama said.

The administration’s plan is for universities and community colleges to provide training. It is also relying on high-tech educational academies, some of which have entered arrangements with cities to train workers in a matter of months and help place them in jobs.

The training academies undergo independent studies to confirm the rate of job placements.