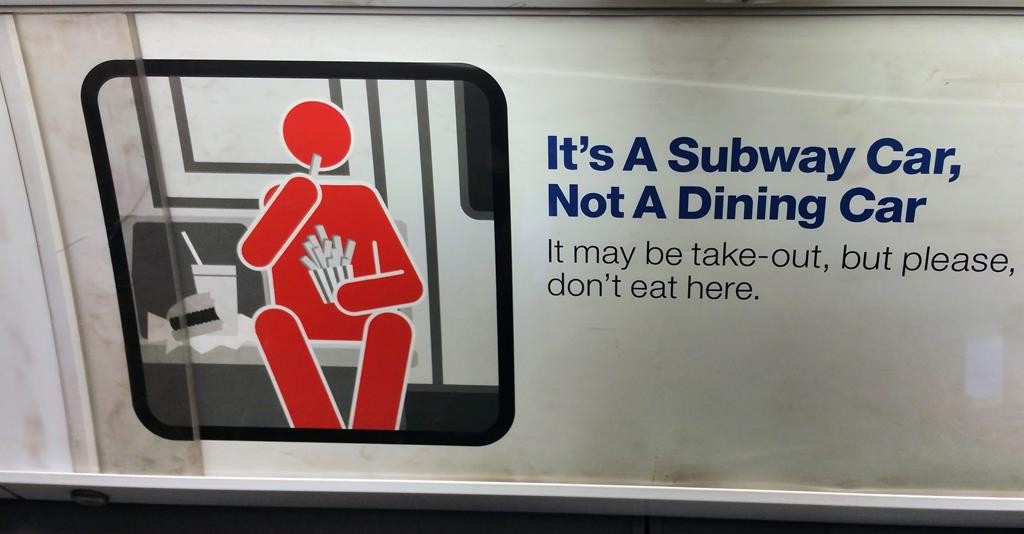 New York City’s case for some of the world’s most boorish behavior is made every day in its subways: There’s the woman clipping her fingernails, the man slurping an especially pungent dish under a fellow passenger’s nose, and even worse.

Transportation officials are taking a stand against such rudeness with a series of signs in subway cars that would make Miss Manners proud, reminding riders of the most rudimentary etiquette in a tone that’s part shaming, part scolding.

“Clipping? Primping? Everybody wants to look their best, but it’s a subway car, not a restroom,” says one sign, accompanied by an illustration of a passenger squeezed between a primper and a shrapnel-spraying clipper.

Says another: “Offer your seat to an elderly, disabled, or [expectant] person. Not only is it the right thing to do, but you’ll make your grandmother proud.”