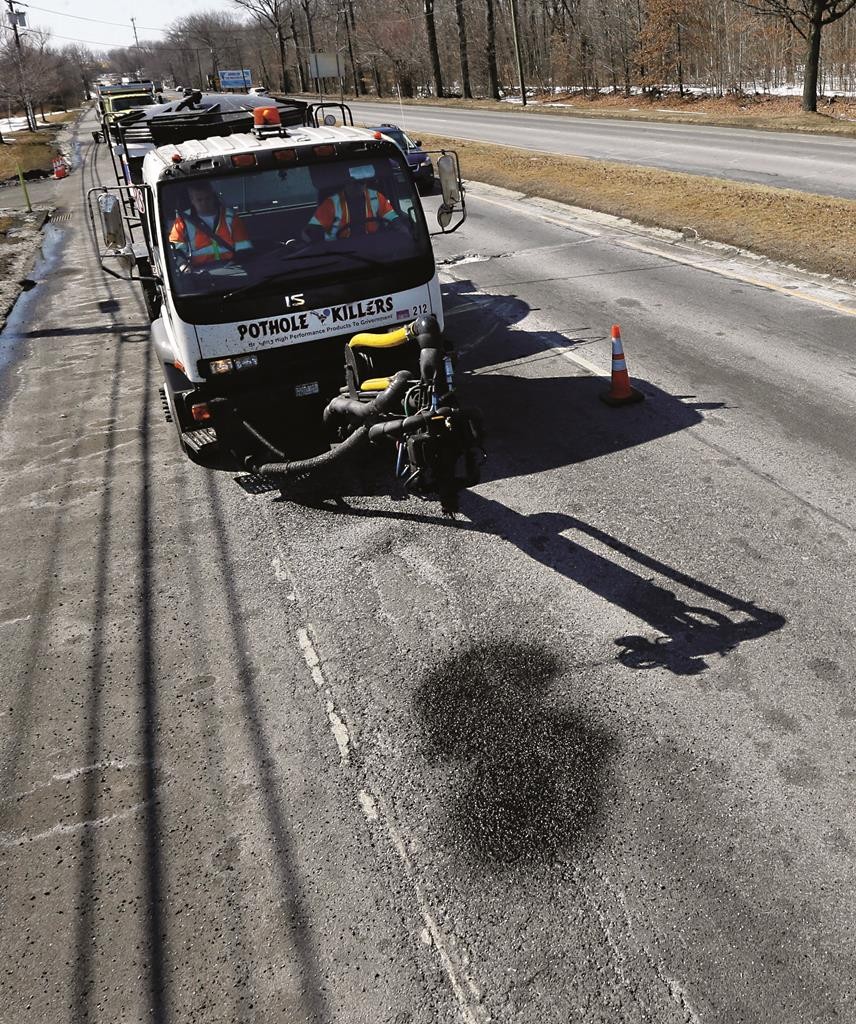 This winter’s bitter cold and snow have taken a toll on highways so the transportation departments of New Jersey and New York launched a campaign to fill the new potholes.

The New Jersey DOT says it typically fixes 180,000 potholes a year. But it has already repaired more than 125,000 potholes and expects that number to reach approximately 300,000 this year. They’ll deploy 13 state-of-the-art pothole fillers.

In New York City, 50 crews are out on the streets to patch up road craters. They have already repaired nearly 100,000 potholes since December.

In New York, Assemblyman Angelo Santabarbara introduced a bill that would enable anyone to report potholes using a computer or smartphone.

“As the snow melts and winter gives way to spring,” the Rotterdam Democrat said, “it’s critical that potholes get repaired promptly.”

Santabarbara also wants to make the state liable for pothole damages on state roads during the winter months as well. The law now exempts the state from Nov. 15 to May 1.