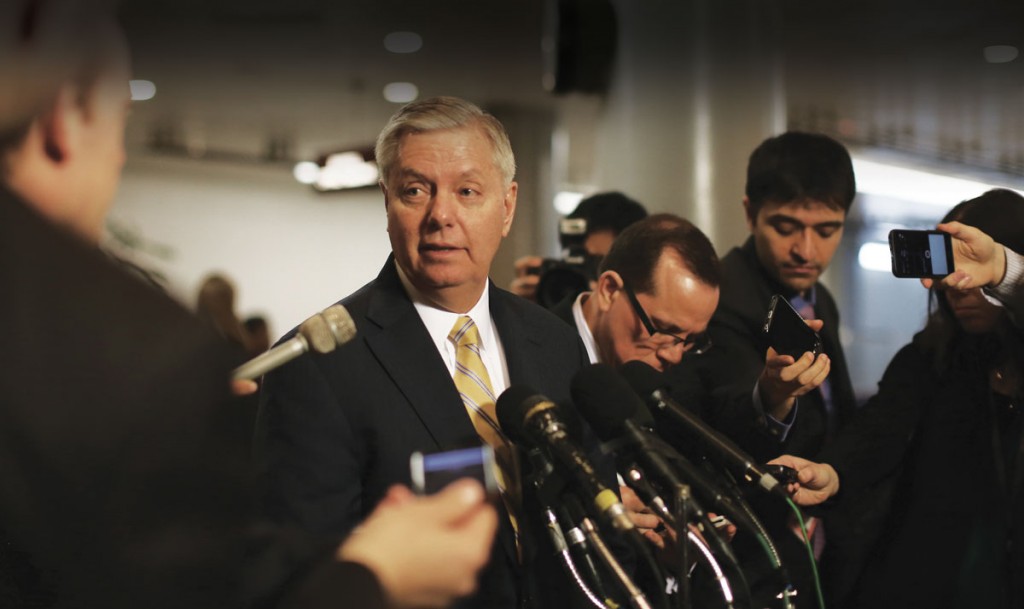 Iran Says U.S. Is ‘Not Trustworthy’

Senate Democrats said Tuesday that the GOP letter about nuclear talks with Iran undercuts the U.S. at the negotiating table and threatens to torpedo bipartisanship on Capitol Hill when it comes to the delicate issue of preventing a nuclear-armed Iran.

As negotiators rush to reach an accord with Iran by the end of the month, partisan bickering continued on Capitol Hill, with Democrats denouncing the letter freshman Sen. Tom Cotton (R-Ark.) wrote to the leaders of Iran as a partisan “sideshow.”

The letter, signed by 47 of the Senate’s 54 Republicans, including members of the leadership and potential presidential candidates, warned that unless Congress approved it, any nuclear deal they cut with Obama could expire the minute he leaves office.

Cotton denied undermining Obama’s negotiating position. Appearing on MSNBC, he said, “We’re making sure that Iran’s leaders understand that if Congress doesn’t approve a deal, Congress won’t accept a deal.” He accused Iran of seeking “a nuclear umbrella so they can continue to export terrorism around the world.”

Iranian Foreign Minister Mohammed Javad Zarif was quoted by the website of Iranian state media on Tuesday as saying the letter’s warning that any nuclear deal could be scrapped once Obama leaves office suggests the United States is “not trustworthy.” He called the letter “unprecedented and undiplomatic.” Earlier, he had dismissed it as a “propaganda ploy.”

Zarif linked the letter to Israeli Prime Minister Binyamin Netanyahu’s speech to Congress last week in which the Israeli leader argued against the emerging agreement. “A propaganda campaign has begun with Netanyahu’s speech before Congress and this is their second ploy,” Zarif said. “While there is still no agreement, a group is commenting on its nature.”

In a news conference on another issue, Clinton wondered aloud about the purpose of the letter.

“There appear to be two logical answers: Either these senators were trying to be helpful to the Iranians or harmful to the commander-in-chief in the midst of high-stakes international diplomacy,” Clinton said. “Either answer does discredit to the letter’s signatories.”

“Everything is done to attack,” Feinstein said about Congress. “And that’s not what our government should be.”

In remarks on the Senate floor, Sen. Dick Durbin (D-Ill.) pronounced the letter reckless, much as it would have been for U.S. lawmakers to “reach out to the Vietnamese.” Democrats didn’t always agree with President George W. Bush’s foreign policy decisions but, said Sen. Bill Nelson (D-Fla.), he would have never contemplated writing such a letter when Bush was in office. “You can disagree and you can disagree without being disagreeable about issues,” Nelson said.