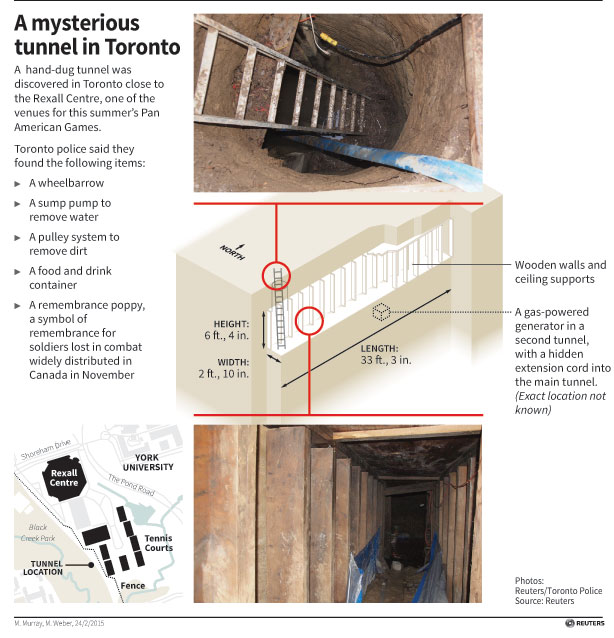 Police are asking for the public’s help in trying to determine who built a mysterious underground tunnel near York University in Toronto.

Deputy Chief Mark Saunders said the tunnel is 10 yards long and two yards high. He said it isn’t near any infrastructure and doesn’t appear to lead anywhere.

The chamber was discovered Jan. 14 in a secluded wooded area by a conservation officer who spotted a large pile of dirt. Saunders said more than one person with some level of expertise likely built it.

He said he doesn’t have a working theory on why it was built but said whoever built it took quite a bit of time to build it. He said it was warm and comfortable inside. Police believe it was used during the winter.

The bunker is located about 27 yards from the fence of the Rexall Center entertainment complex, which is scheduled to hold a large sports event this summer. He said it didn’t represent a threat to the games and said the bunker would have been an eye sore to police.