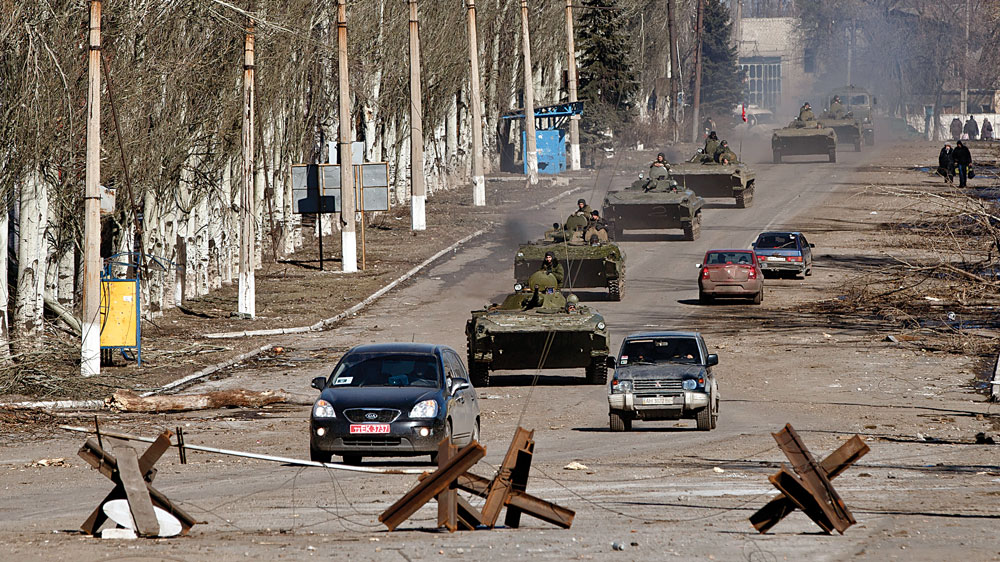 Ukraine said on Sunday it feared unrest could spread beyond territory held by pro-Russian separatists, after an explosion killed two people at a memorial rally in an eastern city far from the front line.

Kiev said it arrested four people who had been armed and trained in Russia after the blast, which killed a policeman and a demonstrator at the rally in Kharkiv, the biggest city in the east, 200 km (125 miles) from the war zone.

A week after a ceasefire agreement that Moscow-backed rebels ignored to capture a strategic town, Kiev and its Western allies are trying to determine whether the separatists will now halt, or advance deeper into territory the Kremlin calls “New Russia”.

Germany and France mediated the peace deal that came into effect a week ago, and say they still hope it can be resurrected, even though the rebels ignored it to inflict one of the worst defeats of the war, seizing the town of Debaltseve after encircling thousands of Ukrainian troops.

In signs that there may be at least a pause now that the rebels achieved that objective, government and separatist forces exchanged prisoners overnight. The rebels said on Sunday they would begin withdrawing artillery from the front.

But Kiev said Moscow was moving more troops and armor into eastern Ukraine near a port it fears is the next target. Russia denies it has troops in eastern Ukraine.