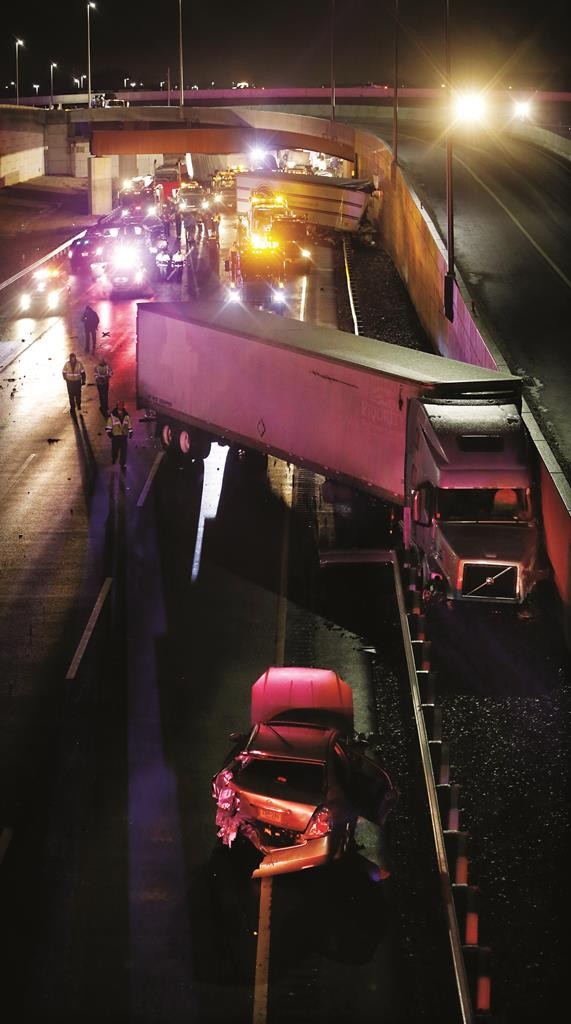 Jamie Fox, who also serves as chairman of the New Jersey Turnpike Authority, said it would be “prudent” to look at various factors that may have contributed to the crash Monday, including vehicle speed and how the turnpike’s winter operations plan was executed.

“This (review) will help reduce the possibility of another such accident in the future,” Fox said. “Last night’s accident is a sad reminder of the importance we all play in ensuring our roads are safe — whether it is the work our maintenance crews and contractors do or the need for car and truck drivers to exercise caution during inclement weather.”

The series of accidents began just before 9:15 p.m. Monday during a mix of rain and snow flurries and below-freezing temperatures in Cranbury, a township about 40 miles southwest of New York City.

Two tractor-trailers obstructed the road when they lost control in the truck lanes as they attempted to avoid earlier crashes, triggering a chain-reaction crash involving 13 vehicles in which Daryl Williams, of Bordentown, became trapped in his car and died, state police said.

Dozens of people reported injuries, but none was considered life-threatening, police said.