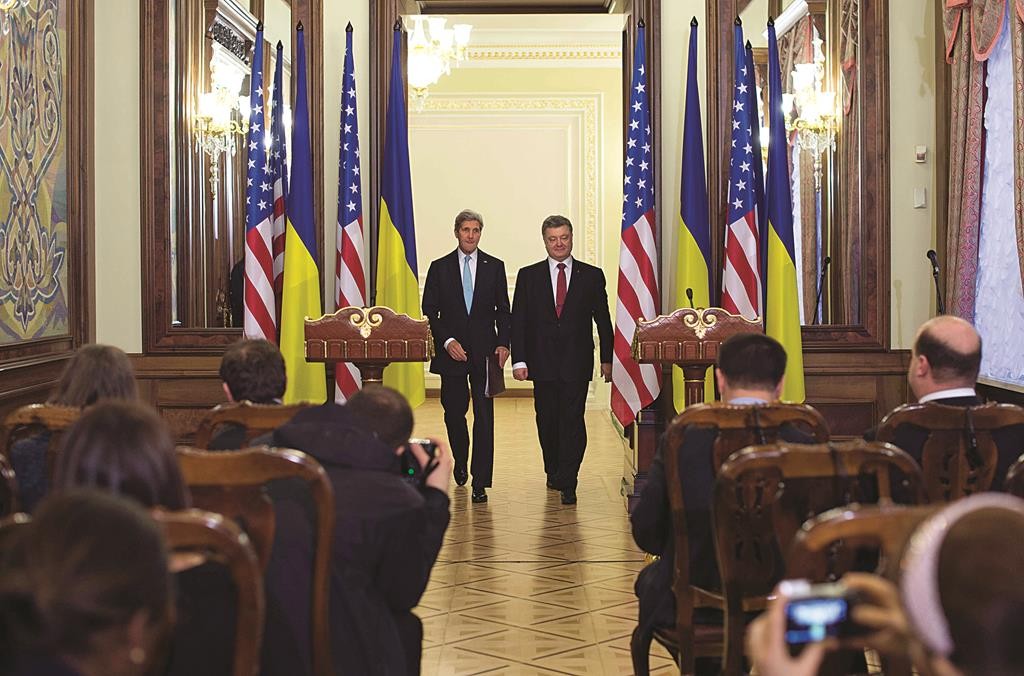 Carrying a peace plan that reportedly incorporates proposals from Russia, the leaders of Germany and France met Thursday with Ukrainian Petro Poroshenko in a hastily arranged mission to bring an end to the accelerated fighting in the east of the country.

The trip by German Chancellor Angela Merkel and French President Francois Hollande, who will follow by meeting Russian President Vladimir Putin on Friday in Moscow, came as concerns rose about whether the U.S. would grant lethal aid to Ukraine and as NATO formed a quick-reaction force of 5,000 soldiers in response to Russia’s increased military muscle-flexing.

The meeting with Poroshenko ended late Thursday and Hollande and Merkel left the presidential offices without comment. Details of their plan remained unclear, although Poroshenko said at the start of the meeting that it raised hopes for calling a quick ceasefire.

The high-level diplomacy came as resurgent fighting killed eight more people in eastern Ukraine and fueled fears the conflict is threatening Europe’s overall security. More than 5,300 people have been killed since the fighting started in April.

The fighting in eastern Ukraine between Russia-backed separatist rebels and Ukrainian forces has intensified sharply over the past two weeks. Russia vehemently denies that it is providing equipment or troops for the insurgents, but U.S. Secretary of State John Kerry sharply rejected that denial.

“Let there be no doubt about who is blocking the prospects for peace here,” Kerry said in Kiev, where he met with Poroshenko hours before the German and French leaders.

Ukraine’s economy, meanwhile, has been devastated by the crisis in the east. Its currency, the hryvnia, slid 46 percent Thursday against the U.S. dollar, prompting the government to raise a key interest rate by a whopping 5.5 percentage points to 19.5 percent. The move eased some pressure on the currency.

According to Poroshenko, Ukraine is spending up to $8 million a day fighting the rebels.