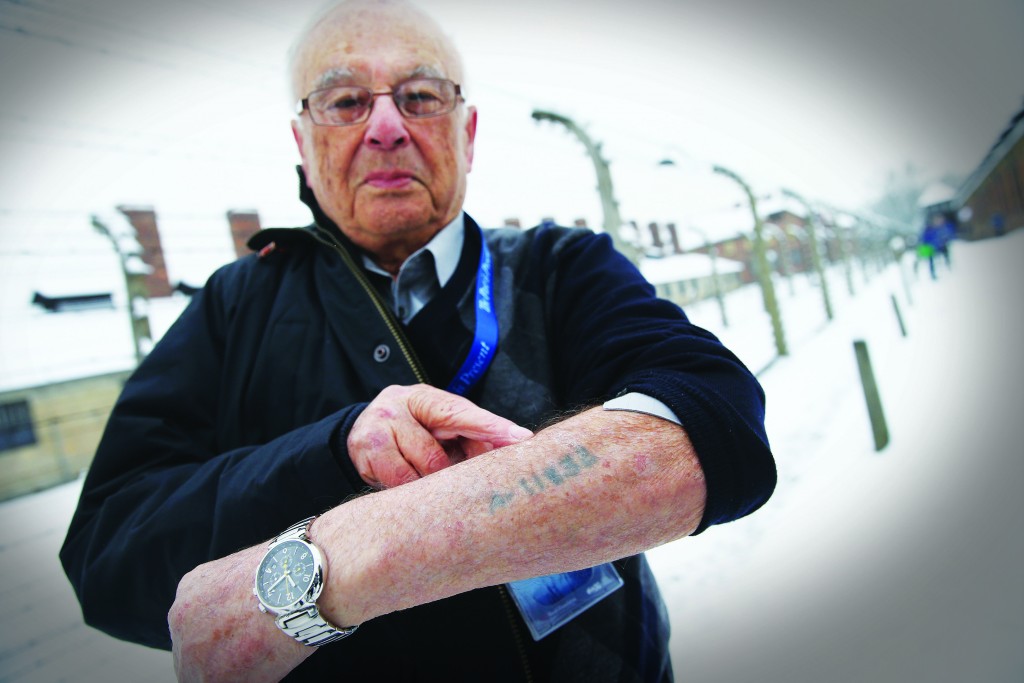 The very word Auschwitz evokes such strong emotions that some might think those of us affected by it would be better off avoiding its use, avoiding its memory. That we’d be better served looking forward and not backward to that almost unimaginable moment in history when Jews were sent by the trainload to be murdered — because they were Jews.

But forgetting Auschwitz is unthinkable.

Auschwitz had the distinction of seeing one-sixth of the Holocaust’s victims die in its camps. More than one million prisoners died in Auschwitz; 90 percent of them were Jewish. Those who weren’t murdered in the gas chambers died of starvation, forced labor and medical experiments.

My mother was in Auschwitz. And my mother, who is now in heaven, never forgot. As painful as the memories were, she told my brothers and me how her family had been murdered but how she, with G-d’s help, somehow survived.

One of the stories my mother told took place at the very end, right before liberation. My mother said she and the other women from the concentration camp were taken and marched by the Nazis away from the camps. She was certain the Germans in front of them were going to shoot all of the women so she closed her eyes. And when she finally opened them again, she said it was as if the earth had swallowed them. “They were gone,” she said. The Nazis had run away.

G-d’s salvation can come in the blink of an eye. But that does not remove our responsibilities.

Last week, marking the 70th anniversary of their liberation, nearly 300 survivors of the Nazi German concentration and extermination camps at Auschwitz gathered together at the Death Gate at Auschwitz-Birkenau to remember. They understood that proclaiming the reality of these atrocities is their responsibility, as painful as that is. They demonstrated to the world that what took place 70 years ago can indeed happen again, if we forget.

As time goes on and there are fewer survivors — fewer witnesses to these atrocities — it’s important that we carry the memories forward. Why? One reason is to do everything in our power to make certain that these things do not occur again. We need to remember what happens when we fail to respond appropriately to racism and hatred. Incidents of anti-Semitism increased three-fold last year. Sadly, throughout the world today, there are more than enough people who would perpetrate another Holocaust if they could get away with it.

“It’s the extremists,” we are told. Perhaps. But it doesn’t take a majority of “extremists” to support a Holocaust — it takes silence.

People wake up momentarily when others are murdered and then they go back to normal. But that only makes way for the next incident.