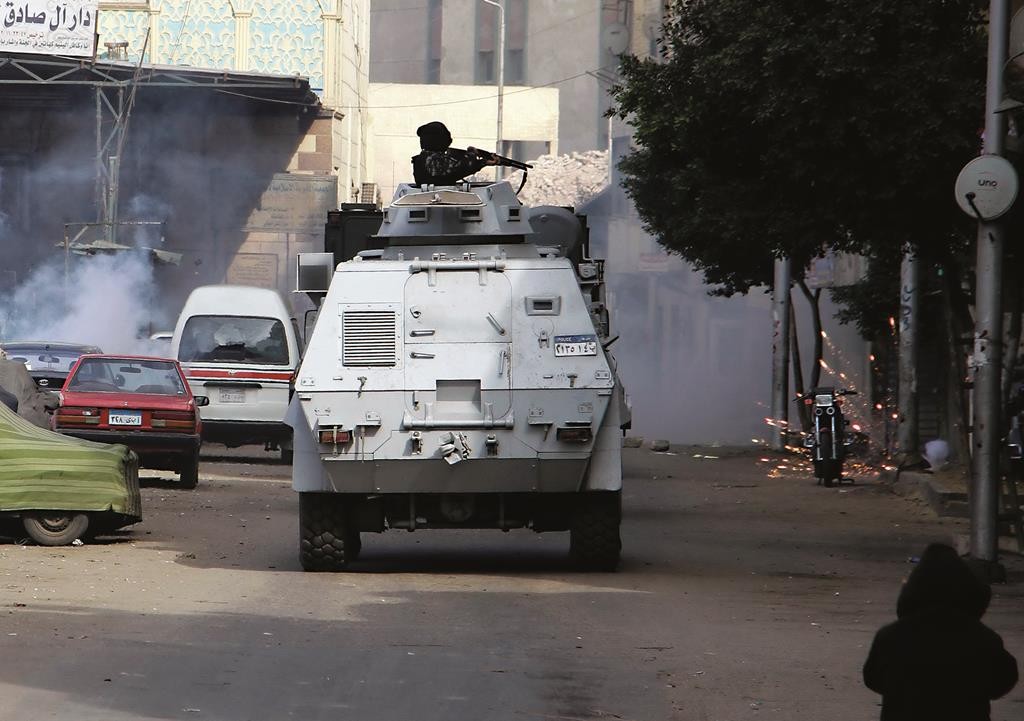 An Egyptian court sentenced 183 supporters of the outlawed Muslim Brotherhood to death on Monday on charges of killing police officers, part of a sustained crackdown by authorities on Islamists.

The men were convicted of playing a role in the killings of 16 policemen in the town of Kardasa in August 2013 during the upheaval that followed the army’s ouster of Islamist president Mohamed Mursi. Thirty-four of them were sentenced in absentia.

Egypt has mounted one of the biggest crackdowns in its modern history on the Brotherhood since the political demise of Morsi, the country’s first democratically-elected president.

Monday’s sentences came a day after Al Jazeera journalist Peter Greste was freed after serving 400 days in Egyptian jail on charges that included aiding a terrorist group — a reference to the Brotherhood. Two of his Al Jazeera colleagues remain jailed.

The movement says it is committed to peaceful activism.