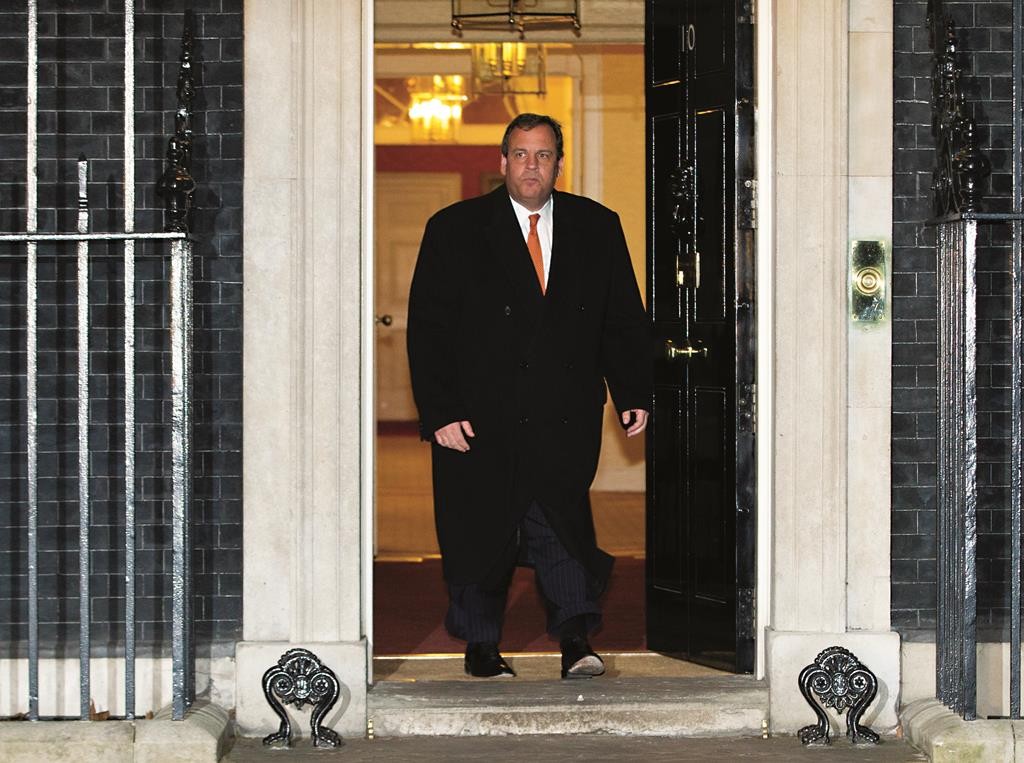 Gov. Chris Christie held the most high-profile meeting of his trip to the United Kingdom, spending about 40 minutes on Monday night meeting British Prime Minister David Cameron at 10 Downing Street.

The Republican governor is on a three-day trade mission that doubles as a chance for him to shore up his foreign policy credentials.

Christie began his trip to London Sunday, not in a mood to talk politics. Asked about his Friday night dinner with Mitt Romney, after the 2012 GOP nominee said he wouldn’t run in 2016, Christie said: “Good to see you all.”

But most Brits drew a blank. “He’s American, isn’t he?” offered Robert Dent. “And the governor of — maybe New York? Big guy?”

Hearing him described as the governor of New Jersey jogged Dent’s memory. “Didn’t he get quite a lot of grief for being seen with Obama when the hurricane hit?” he asked.