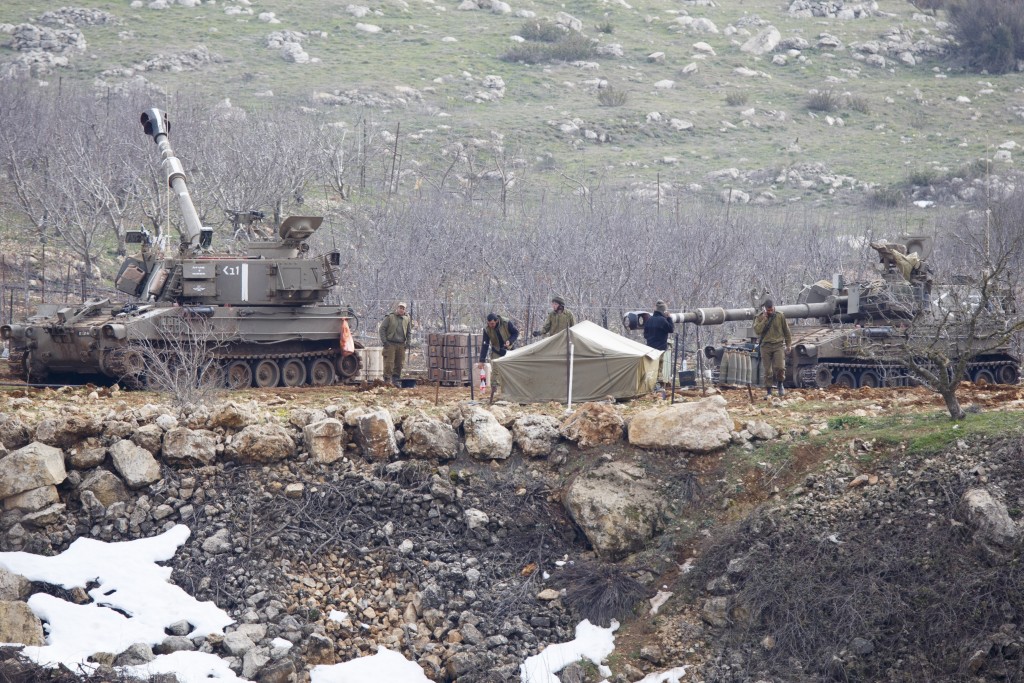 YERUSHALAYIM -
Wednesday, January 28, 2015 at 5:42 am | ח' שבט תשע"ה
Several security incidents were reported in Northern Israel on Wednesday morning.
An anti-tank missile struck an IDF vehicle in the Har Dov region near the Lebanon border, wounding nine soldiers; four of them in critical condition, five in serious condition.
At the same time, IDF positions in the area were targeted with mortar shells.
The missile strike occurred shortly after it emerged that IDF troops were digging in the area in search for possible Hizbullah tunnels.
Residents in nearby towns were told to stay in their homes.
Shortly afterwards, the IDF returned fire at targets in Lebanon.
Hizbullah later claimed responsibility for the attack on the army vehicle.
In related developments, the IDF began drilling along the border with Lebanon amid fears that Hizbullah might be burrowing under the border.
The military is aiding local civilian workers in Zar’it, a border community. The IDF stresses that there is no intelligence indicating the existence of such tunnels, but that residents have reported suspicious noises.
The IDF Chief of Staff has called for a special meeting of the IDF General Staff to discuss the attack and Israel’s response.
Previous Next