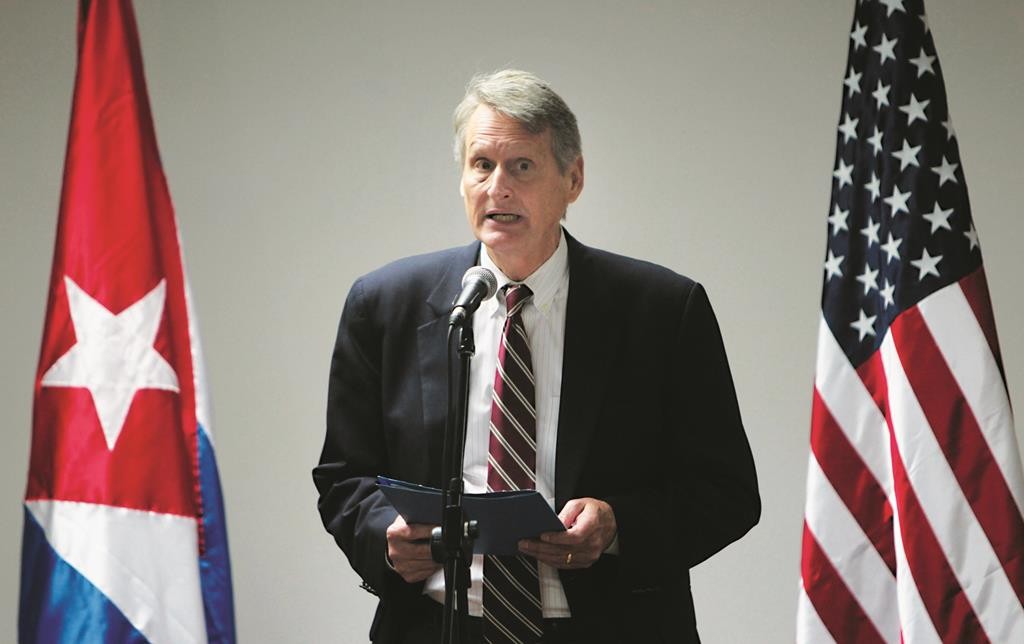 The United States and Cuba on Thursday set a detailed agenda for re-establishing full diplomatic ties, but said it could take weeks just to schedule the next round of talks, a sign of the long road ahead after more than a half-century of tension.

Roberta Jacobson, the top U.S. diplomat for Latin America and the most senior American official to visit the island country in more than three decades, said the second day of wide-ranging talks in Havana were “positive and productive,” focusing on the mechanics of converting interest sections in each other’s capitals into full-fledged embassies headed by ambassadors.

Both officials, however, outlined the obstacles to making a U.S.-Cuban relationship like that of any two other countries.

Jacobson spoke of America’s persistent human rights concerns in Cuba. Vidal cited Cuba’s status on the U.S. list of state sponsors of terrorism and the various financial restrictions imposed on the country as a result of the U.S. trade embargo.

“We have to overcome more than 50 years of a relationship that was not based on confidence or trust,” Jacobson told reporters.

She cited “profound differences” separating the two governments and said embassies by themselves would not constitute normalized ties between the U.S. and Cuba, as envisioned by Presidents Barack Obama and Raul Castro when they announced their historic detente last month.

“It was a first meeting. This is a process,” Vidal said. In the next weeks, she said, the U.S. and Cuba will schedule a second round of talks, which may or may not be the time to finalize an agreement.

Issues on Thursday’s agenda included ending caps on staff, limits on diplomats’ movements and, in the case of the U.S. building, removing guard posts and other Cuban structures along the perimeter. Deep disagreements remain over matters such as immigration and human rights.

In a sign of the difficulty surrounding the rights issue, Jacobson said the U.S. had raised it; Vidal said it had not come up.