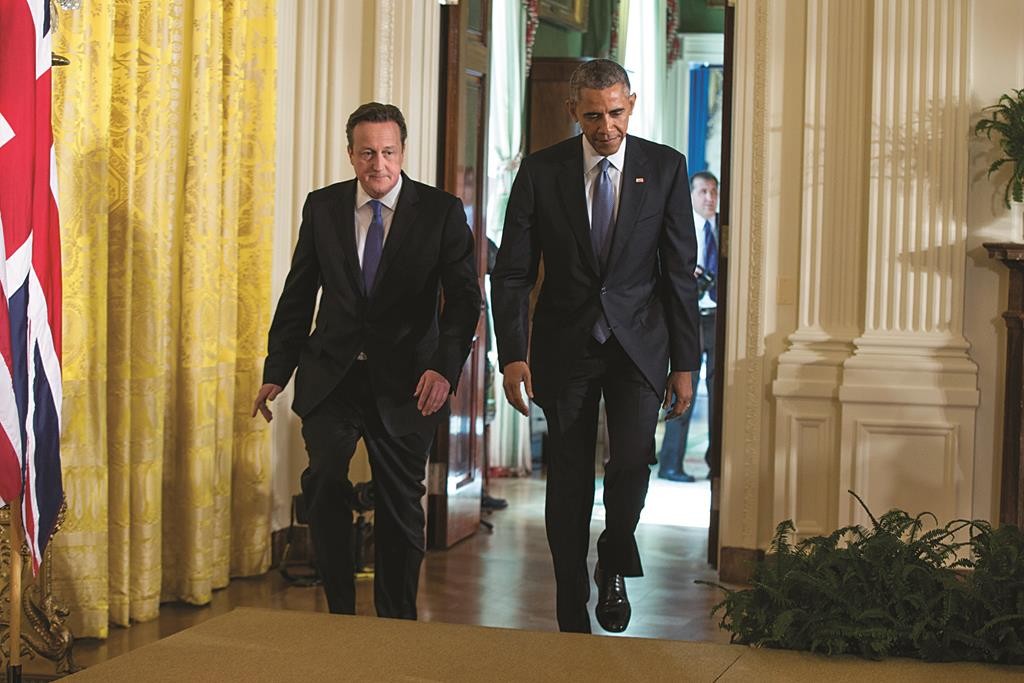 In a show of trans-Atlantic unity, President Barack Obama and British Prime Minister David Cameron pledged a joint effort on Friday to fight domestic terrorism following deadly attacks in France. They also strongly urged the U.S. Congress to hold off on implementing new sanctions on Iran in the midst of nuclear talks.

Cameron’s visit to Washington came one week after 17 people were killed in attacks in France, heightening fears in Europe and the United States about the spread of terrorism.

“We know what we’re up against, and we know how we will win,” Cameron said.

As Obama and Cameron met at the White House, representatives from their countries were joining negotiating partners for another round of nuclear talks with Iran. Both leaders strenuously urged Congress to avoid ordering new economic sanctions on Iran in the midst of those negotiations, arguing that doing so could upend the delicate diplomacy.

Negotiators have set a March deadline for reaching a framework that would address the international concerns about Iran’s nuclear program.