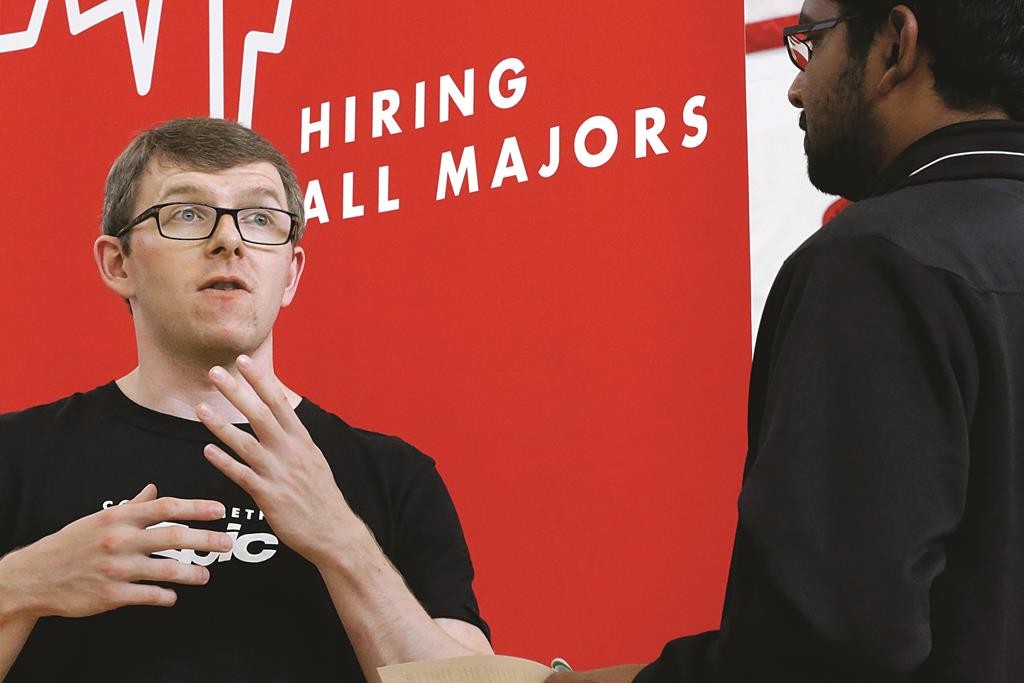 The rapid hiring that made 2014 a stellar year for job gains is showing no sign of slowing down.

U.S. employers advertised the most job openings in nearly 14 years in November, the Labor Department said Tuesday. That suggests businesses are determined to keep adding staff because they are confident strong economic growth will create more demand for their goods and services.

Job openings rose 2.9 percent to 4.97 million in November, the most since January 2001. More job vacancies generally lead to more hiring. Employers have been slow to fill their openings for most of the recovery, but that started to change last year as companies ramped up their overall hiring.

There are always some open jobs even in a depressed economy. Job vacancies fell to 2.1 million in July 2009, one month after the Great Recession ended. Vacancies have soared in the past year, raising questions about why they aren’t being filled more quickly.

Yet that figure is a net total of job gains or losses. Tuesday’s data on job openings is from the Job Openings and Labor Turnover survey, or JOLTS, which provides a more detailed look at the job market than the monthly employment report. It also includes figures for overall hiring, as well as the number of quits and layoffs.

Hiring, as reported in the JOLTS report, slipped to 4.99 million in November from a nearly seven-year high of 5.1 million in October.

The number of open jobs has risen a blistering 21 percent in the 12 months ending in November. Yet total hiring has increased only 9.1 percent.

There were 1.8 unemployed workers on average for each opening in November, about the same as before the recession. That is down sharply from the peak of 6.7 just after the recession. That suggests that employers could soon be forced to offer higher pay to attract new employees.