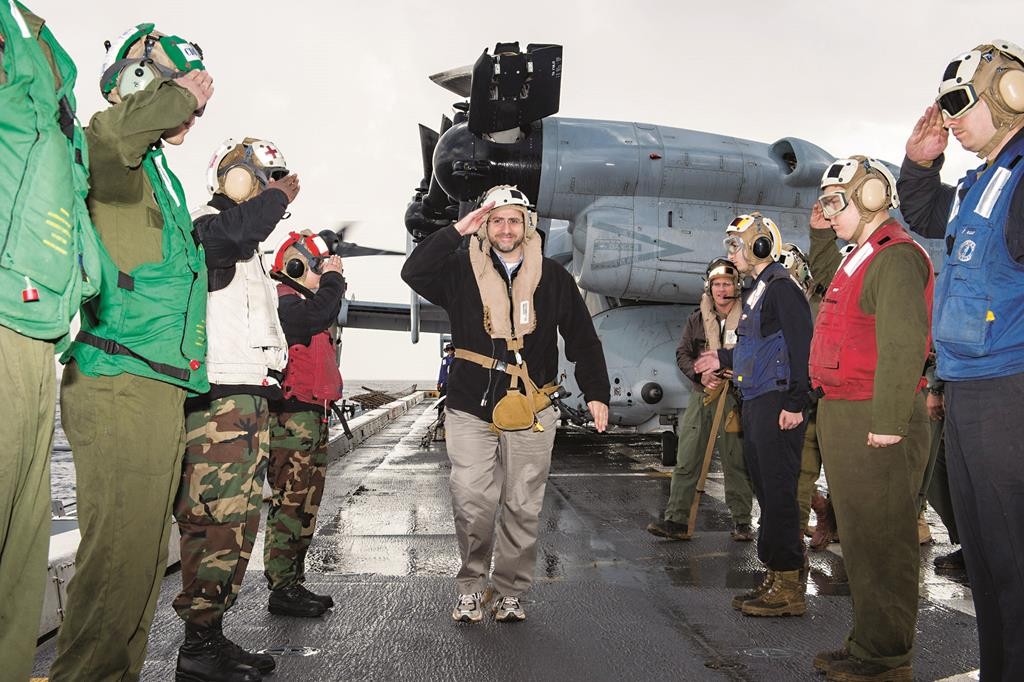 A U.S. Navy ship named for the Empire State and commanded by a Buffalo native has received a visit from American and Israeli dignitaries while deployed in the Mediterranean Sea.

The USS New York was toured last weekend by Vice Adm. James Foggo, commander of the U.S. 6th Fleet, and Daniel Shapiro, the U.S. ambassador to Israel, during its stay at the port in Haifa, Israel. They were joined by a delegation of the Israel Defense Force.

The USS New York is amphibious transport dock ship that was commissioned in 2009. It was built with 7.5 tons of steel salvaged from the wreckage of the World Trade Center destroyed in the Sept. 11, 2001 terrorist attacks.