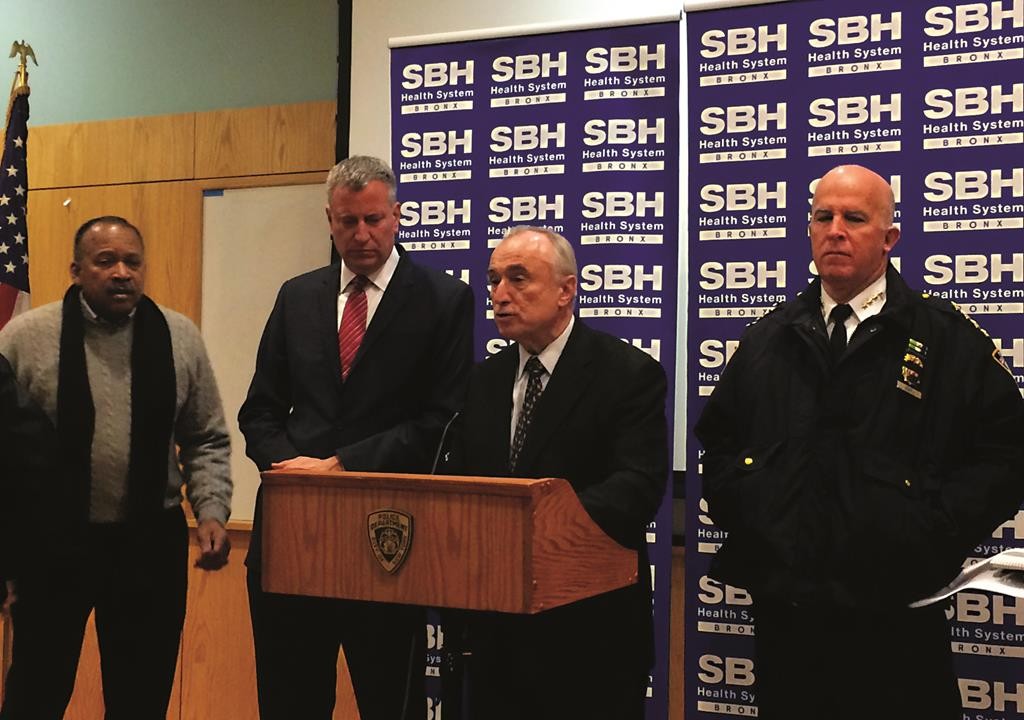 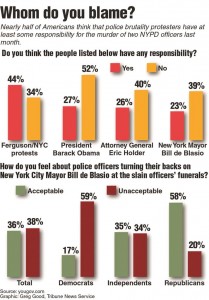 Despite efforts by New York City officials to tout a dip in serious crime, another statistic is getting more attention — a steep decline in the number of arrests across all five boroughs in the two weeks since two police officers were shot dead in their patrol car.

The totals suggest that a rumored work slowdown has taken hold amid discord between the rank and file and Mayor Bill de Blasio, and raise questions about what impact it could have on the city’s crime rate.

Patrick Lynch, head of the powerful Patrolmen’s Benevolent Association, insisted Tuesday that the union was not sanctioning a labor action. He pointed to a shootout during an armed holdup late Monday that left two plainclothes officers wounded as proof that it was business as usual at the nation’s largest police department.

Officers, who are working without a contract, are “putting themselves in danger to keep this city safe just as they always do,” Lynch said.

But the enforcement statistics strongly indicate that the slowdown is real, even if it was initiated at the grassroots level.

Last week, the number of summonses for minor criminal offenses and traffic and parking violations decreased by more than 90 percent compared with the same week a year earlier, statistics show. For example, one type of summons was down to 347 from more than 4,077 last year.

Arrests citywide last week for more serious offenses were down 55 percent. In midtown Manhattan alone, they fell to 112 from 348.

The figures first plummeted in the week after the two officers were killed on Dec. 20 in a brazen daytime ambush by a fugitive who had ranted on social media that he wanted to avenge the police killings of Michael Brown and Eric Garner. The patrolmen’s deaths exacerbated tensions between de Blasio and police officers already upset by the mayor’s remark sympathizing with protesters who claim a pattern of excessive force in minority communities.

The potential for a slowdown was evident the day after the killings, when word began circulating among officers that they should wait to respond to every radio call with two cars and not make arrests “unless absolutely necessary.” A recent posting on a site popular with police officers referred to the stance as “Operation Stand-down, Protect Yourself, Do Nothing.”

Sgt. Ed Mullins, head of the Sergeants Benevolent Association, argued that in the current climate, it would only make sense that police officers would take extra precautions that could result in fewer arrests.

“You have protests, you have broken morale,” Mullins said. “You also have the assassination of two police officers. The threat of assassination is real — it has already happened.”

The apparent slowdown threatened to hamper de Blasio’s efforts to assure New Yorkers that historically low crime numbers — even as the NYPD drastically scaled back street stops — showed that it was possible to create a “safer city” and a “fairer city.” Overall crime was down 4 percent and there were 332 homicides, down from 335 last year — a trend that continued into the New Year, despite the arrest drop-off.

Police Commissioner William Bratton attributed the decline in arrests to a stressful month filled with widespread protests, police funerals and other discord that distracted legions of officers from normal duties. But he also warned that if necessary, he would take measures to make sure the numbers return to normal.

“We will take a look at maybe who is not doing the work we expect of them,” he said. “And we will deal with it very appropriately if we have to.”